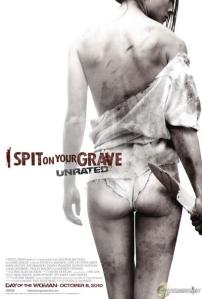 I first got excited to hear about this remake of the 1978 horror classic “Day of the Woman” initially because of the reviews I read about the original. It was hailed in Time Magazine’s Top 10 list of Most Ridiculously Violent Movies of all time, and for a horror buff like myself, my curiosity was piqued instantly.

Follow this link to catch The Day of the Woman trailer

While I can’t compare the remake to the original, I could safely say that it could very well hold it own against other disturbing horror films of this day. The approach that director Steven Monroe chose for the film was very subtle and subdued. The scoring was muted but spoke volumes about what was to come. In so doing, this lent a sense of imminent danger throughout the movie, which was mainly the case, for both the offenders and the avenger.

The plot was simple. Sarah Butler reprised of Camille Keaton as Jennifer Hills, a novelist who wanted to complete her next book in a relatively peaceful environment, so she rented a cabin in a backwater town with the nearest neighbor miles away. However, her supposedly relaxing break from the city turns sour when a group of creepy hillbillies decide they want a piece of her and proceed to assault and rape her. Believing she was dead, the group of 5 (including the town sheriff) burn all (at least that’s what they thought) traces of her and go about their normal lives. The great part begins when Jennifer starts to get back at her assailants and draw painful but poetic justice. Hell hath no fury like a woman scorned, indeed.

I personally am not a fan of rape in movies. It turns my stomach, so I was a bit relieved that the direction did not focus too much on that part of the story. However, the acting and the pacing of the assault and terrorism was very well delivered. It would really make the audience think twice about renting a cabin alone in the middle of the woods. Privacy is privacy but these things have their drawbacks, and movies like these (Hollywood has dozens) should have already served as a warning for those who dare to be more careful. What I appreciated most was that while the woman was the main victim in the movie, it also spoke of the strength and tenacity of women in general, and the shift from being a victim to being the aggressor. What the film actually manages to do is draw you into the movie so deep that you not only empathize with the characters but rather, you feel like you are Jennifer — you feel the same horror, the shock and the fear that she felt when she was attacked. Towards the end, you also feel drawn to the pain inflicted on her aggressors, you feel every inch of the punishment — the level of which the very thought of any of it makes you cringe.

Admittedly, the original film would not have been banned for excessive violence for no reason, and the remake, I feel is a toned down version of the classic, perhaps for cinematic purposes. However, this is not to say that the 2010 version is not violent, or creepy. I still feel queasy over some of the scenes. The 2010 version is reminiscent of movies like The Last House on the Left, The Strangers and The Devil’s Rejects, and would probably haunt me for the coming days. Sometimes, the evil that possesses some humans are even worse that any damage done by monsters. But justice has a way of catching up with these rotten eggs and I liked the creative way that Jennifer got her revenge. It was very well made, not drawn out, but one really has to see the movie to appreciate it. So, for those who have a weak stomach, steer clear of it but for those who are all for blood and gore in movies, you will surely like this film.