With the talent on stage in American Idol Season 10, its pretty hard to pick a favorite. Personally, with each week that passes, the decision of who to root for gets harder and harder. However, one thing I noticed that was different from previous seasons is that this year, the contestants seem to be keeping it safe, sticking to their strengths and not really pushing the envelope when it comes to challenging themselves.

Case in point, Jacob Lusk. He has those mad powerful vocals and each week, he just keeps up with the runs and oversings like 85 percent of the time. The problem is, he never gets out of his comfort zone and makes every song sound like a gospel. Nothing wrong with that, except that it kinda gets old after a while.

Another case in point: Scotty Mceary. The kid is oozing with charisma and good ole country charm. He is great at country and whoever tells him different is crazy. My only problem is that each week, you can hardly tell the difference of one song from another. It all sounds the same, making it… lifting a quote from Simon “forgettable.” His movements are the same each week too, a thing he should work on soon.

Yet another case in point: Haley Reinhart. This kid could sing. She has the pipes and that great bluesy growl, but again, week after week, as you see her take that stage and take out that growl, you half expect her to change into a pussycat outfit, prowl, and claw your eyes out. Plus, it gets a bit stressful to listen to her sing. After each performance, I feel like checking my own throat for lesions from all the scratches resulting from the incessant growling.Oh, in case there’s any confusion, I would like to mention that this girl likes to growl.

I appreciate Stefano’s musicality, as well as Paul McDonald’s personality. While their performances are quite predictable, I like that they’re already different enough coming into the competition, and at least they try to conform with the theme for the week. Pia and Lauren are two of the stronger girls, and I think they’re gonna coast through for a while longer because they have mass appeal and they listen to the judges’ comments.

My dream showdown for the final 2 however, are of course: 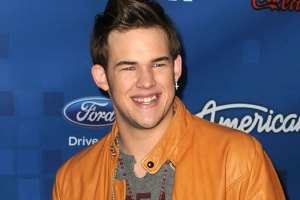 James Durbin
I’ve liked James from the beginning, not because I learned that he had Tourette’s syndrome and that he lost countless jobs because of his tic. I liked him because he’s fresh, he’s honest, he’s strategic, and he really wants to win. I like him taking chances on the stage and I like that he’s milking the fame for all its worth. He is a great performer, although vocally, still not at par with Adam Lambert contrary to some opinions. I will only be scared for James if he lets the newfound fame get to him but if his family keeps him grounded, I have no doubts. It’s always fun to see him perform because you know that he’s giving a 110 percent each week. 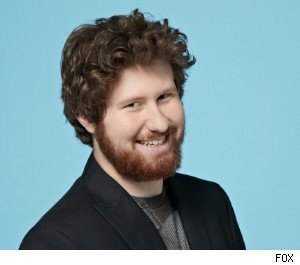 Look at that knowing grin. What I like about this dude is that he looks like a geek but he knows that he is cool. His smile says it all. He is eccentric, but he has a really great voice and can sing all sorts of songs and still make them sound distinctly Casey. He knows how to work the crowd, he knows how to move them, so I am one of those who was uber glad that he was saved by the judges. This kid has a lot of promise, but I think that the first week after he was at the bottom took its toll on him. He’s being more strategic now but I liked the fearless Casey more. After last night’s performance, he is slowly returning to form so I’m glad about that. I hope he comes back with a bang.

I think this year, Idol did a great job of sifting through a very talented pool to come out with the most commercially ready amateur singers in America. They are also headed in the right direction with letting Jimmy Iovine mentor the kids week after week to prepare them for the big time. However, previous Idol seasons set the weekly theme for a reason — to see how well each contestant performs outside of their comfort zone, how well they can perform in a different genre. This year, the contestants are choosing songs from the genre that are closest to their strengths so sometimes, it gets kind of boring to expect wild and crazy on rock and roll night and finding the hopefuls belting out ballads from wide arrangement of great songs and hard rock groups to choose from. (Dude, Aerosmith? Bon Jovi? Metallica?) I mean, I thought the performances were hot but it could have been blazing. Just saying…