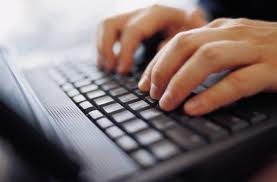 Last Saturday was probably one of the most stressful days of my life. I was having trouble with the housing developer in charge of  constructing my house and learned that my request to stop payment of my monthly amortization for the simple reason that construction of my unit and even the clearing of my lot has not even commenced, was disapproved. This, as they claimed that the construction was “on track” and that they were not delayed from their turnover commitment. Further, the agent that I spoke to told me that they were relying on their database, which from my first visit to their provincial office has been proved inaccurate. What got my goat was not just the premature disapproval of my request but rather the dismissive manner in which the rejection was phrased. On top of this, the amount they were charging constitutes 2/3 rd of my monthly salary compared to a bank financed loan which charges half the amount.

Two hours later, I received a text message from my friend and classmate, saying that we have been readmitted to school for our MA degree, but we could not enroll without having to pay our displacement fee from previous classes. Displacement fees are charged to students of a class that has not reached the 20 student minimum (ridiculous for an MA class, really) to make up for the remainder of the school’s projected income from the class. This amounted close to P10,000 on top of our regular tuition which is roughly the same amount after another round of increase. And to think that I was studying at a semi-public university.

I realized then and there that the tension that was brewing from my conversation with the agent and from that morning was resurfacing and that my hands were shaking. My heart was beating fast and my muscles were vibrating uncontrollably. My head was throbbing and I felt the heat coming from my body. At that moment, I was well and truly afraid of suffering from hypertension as I felt the blood pumping furiously in my veins and had no doubt that there was a possibility that it would shoot to my head if I did not calm down. I was experiencing rage as I have never experienced before, unable to do anything about the situation and my helplessness at the moment was killing me. I knew I had to distract myself.

When I was little, whenever I was out of sorts, I wrote about whatever it is that was bothering me on a piece of paper. Afterwards I burned it, it made me feel better. Last Saturday, I wasn’t sure it was such a good idea to rehash what was pissing me off when I was still seething about the mention of it. I decided to open my wordpress account and  write.

I wrote about the book that I was rereading– a Christopher Pike teen thriller. Not such a great idea to go all dark while in a snit right? But actually, it kind of worked out. When I write, I go to a different place. I go back to the movie or book that I am writing about try to recall the same feelings that I did at the time I was reading/watching it. I concentrate on finding the right words to convey my feelings, and even if no one reads it, I find great satisfaction in sharing part of myself at that moment, whether it was good or bad.  Pretty soon, I felt myself relaxing a bit. The problems were still hovering at the background but at least it was not front and center like it was before.

Several days have passed and there has been sort of a resolution about the housing thing, and to my chagrin, even the school thing. Blogging bought me some time to refocus and find my center — gave me a moment of peace that I direly needed to get through that day without going nuts. I love to write, and I think there is something to be said about writing as therapy for such situations. So, there. I just wanted to share, even though this experience is totally unrelated to my blog topics.

One thought on “How blogging saved me from hypertension”