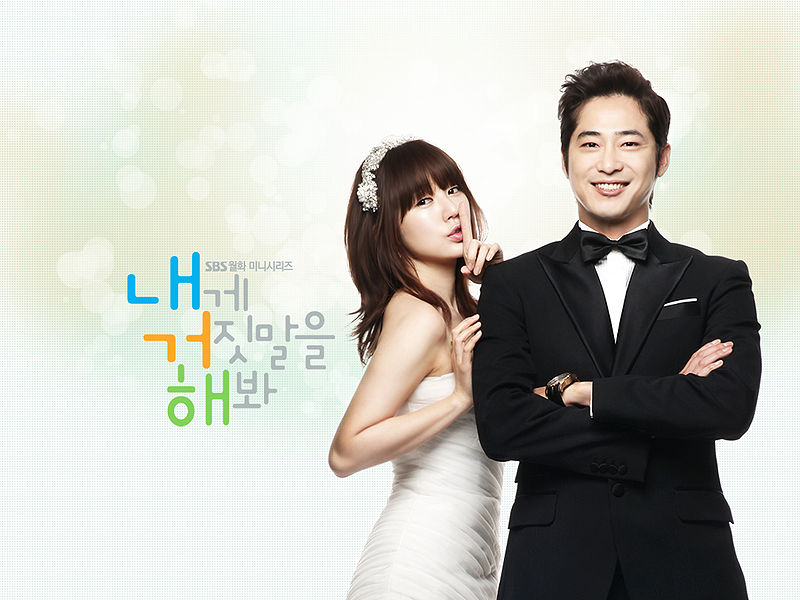 I finished watching this Korean drama in three days, and now that it’s over, I have half a mind to rewatch it again as soon as regain my strength from the hours I put staying up late to see this funny and touching series which follows the typical formula for a Koreanovela but adds something to the mix to make it unique and memorable in its own right.

Goon Ah Jeong is a simple civil servant working for the Cultural Ministry of Korea and Hyeon Gi Jun is the president of one of the biggest hotel chains in the country. Their personalities and their worlds are polar opposites. While Gi Jun is a straitlaced businessman bordering on excessive compulsive behavior, Ah Jeong is carefree and capable but does things according to what she feels rather than what she thinks. While Gi Jun is out to get his elusive prodigal brother at a bar, he bumps into Ah Jeong and ends up taking her to the hospital for a bee sting she sustained from a mishap at an earlier event. Through the course of the story, Ah Jeong encounters a nemesis from college — her former best friend who stole the love of her life from her and she lies that she is also married to save face. As the rumor spreads, her friends assume that she is involved with Gi Jun. With Gi Jun’s brother Sang Hi (who becomes Ah Jeong’s friend) feeding fire to the ruse, they agree to pretend to be married to help each other out and fall in love in the process. The problem is that Gi Jun’s old flame is back in town to rekindle her relationship with him.

Lie to Me was an enjoyable watch because unlike typical Korean dramas, there was no wicked witch that played an active villain, there was very little plotting involved to keep the two leads from each other, and even the attempt at establishing love triangles were halfhearted due to the strong connection of Yoon Eun He (Princess Hours, Coffee Prince) who plays Ah Jeong and Kang Ji Wan (Coffee House, Style) who plays the surly corporate tycoon Gi Jun. I watched the series because I was a fan of Eun He,  but what really got me hooked was the portrayal of Ji Wan as a stiff business executive who, for the first time, finds himself in a tailspin, trying to figure out a quirky civil servant who concocts an elaborate lie just to save her pride from those who have betrayed her. His evolution from the beginning of the story until the time he finally learns to let loose was a gradual unfolding that was convincing and entertaining. When this guy smiles, his personality completely transforms and what I appreciated most was that he seemed to be enjoying his role. What I liked about his character was that unlike other Koreanovelas that I liked (Full House, My Girl, Kim Sam Soon), he did not take half the series to decide whom he liked (2 episodes max) and did not waste time going after what he wanted despite the cost to his career. Sung Jun as Hyeon Sang Hi (the brother), was also good in the movie and kind of reminded me of Rain. It was just a pity that his part was not fully utilized in the end.

All in all, I would highly recommend this series to lovers of Asian dramas. It is well worth the time and effort to finish this 16 episode piece, and I have not been this hooked since He’s Beautiful. 🙂