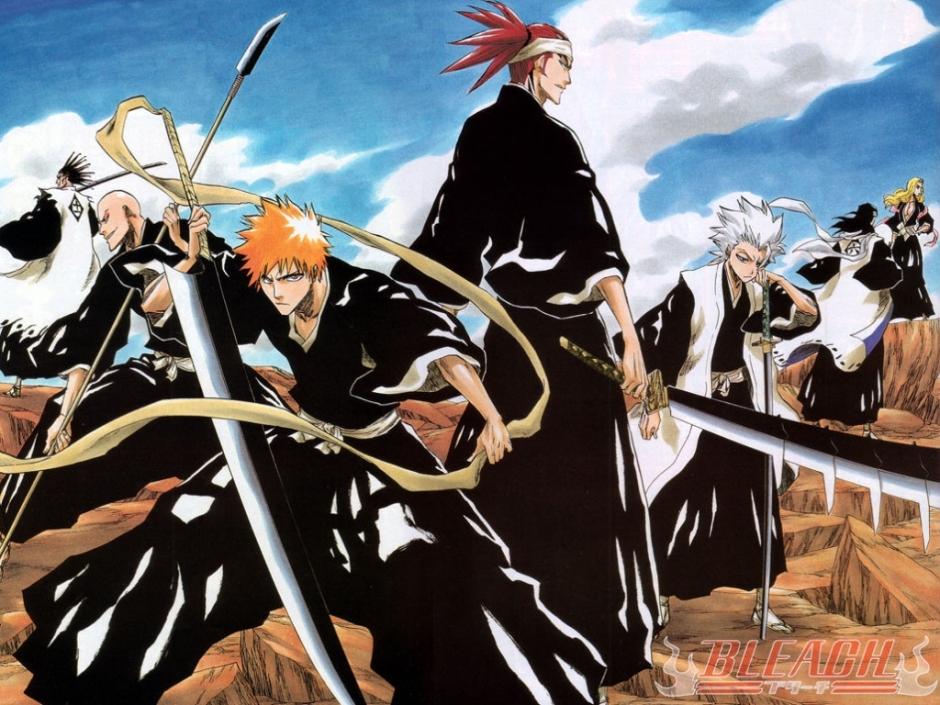 After the exciting events of the Soul Society arc, Ichigo and his friends return to the real world (sans Rukia) to find themselves faced with a formidable new foe, a race called the Bountou (Bound), who are humans like the Quincy with special abilities to control dolls as weapons  like the Shinigami uses their zampaktou in battle. The Bountou are immortals who survive by feeding off the souls of dying people and are the result of a failed experminent by the Gotei 13’s former 12th division to create perfect beings. After the Shingami pulled the plug on the project, they were forced to live a life of seclusion among humans while trying to hide their abilities from the Shinigami leaders who attempted to exterminate their entire race.

After centuries in hiding and bitterness, the remaining Bountou, led by Kariya Jin, who harnesses the power of the wind as his doll, gather to form an uprising and devise a means to harvest living humans’ souls and purify it to magnify their powers. However, they do not not have the ability to cross over to the realm of the Shinigami, and thereby need the powers of a Quincy to manipulate spirit particles that could create a portal to Soul Society. As the Bountou target the vulnerable Uryu Ishida, the last Quincy, who recently lost his power from fighting  12th Division captain Mayuri Kurotsuchi, the Shinigami team also scrambles to prevent the Bountou  from victimizing more innocent civilians from the villains’ plot to overthrow the Shinigami.

The Bountou arc, proceeds at a much slower pace compared to the Soul Society arc. It has more of a political build up and plotting on the part of the Bountou and efforts to gain strength and figure out the plot on the part of Team Shinigami. It starts off with Ichigo still getting his bearings back from his return from the Shinigami realm and being unable to use his Bankai powers in his battles against the Bountou. Renji, who has been assigned to take the place of Rukia as guardian of Karakura town for the meantime, also suffers some discomfort as he finds himself relying too much on the support of Ichigo and his friends. As the two face their own dilemmas, Ishida tries to do what he thinks is the best for himself and his friends without being too much of a burden to them, Rukia returns, still not 100% from her injuries and only relying on her kidou, and Urahara gives them additional support in the form of three Mod Souls (Modified Souls) Cloud, who has the ability to mimic the look and the fighting ability of his source; Ririn, who has the ability to create elaborate illusions, and Nova, who is skilled in manipulating dimensions and teleportation, to help them track their foes. Vice captains from the Gotei 13, Matsumoto (10th division), Kira (3rd division) and Hisagi (9th division) are also dispatched to put an end to the Bountou threat.

What’s good about this season of Bleach is that there is a great touch of drama to the story. The Bountou are portrayed as villains but they still have backstories that justify their actions so that viewers also sympathize with their plight. Heroism is still the general theme of the series as the weaker members of the team show strength and mettle in the face of seemingly insurmountable odds. Ishida, with his quick thinking and self sacrificing tendencies, Orihime with her genuine compassion and healing powers, and Chad, with his unequivocal loyalty and determination to fight side by side with Ichigo. Captains Ukitake and Kyuraku do not have a lot of action scenes in this series but they have key roles in solving the mystery of the Bountou.

As with the Shinigami arc, all of the characters were also given their moments as the captains who were defeated in the first season were given highlights this time around. Kuchiki Byakuya, who appeared aloof and unemotional in the earlier arc actively shows protectiveness of Rukia this season, as she suffers deeper injuries to her spirit power without having fully recovered from her scars from the Shinigami arc. He however, remains cool and consistent while fighting, not even blinking an eyelash while combatting the strongest of the Bountou, in direct contrast with Ichigo’s emotional state while in battle.

Ichigo and Renji eventually find their footing, and have an easier time achieving Bankai, as does Ishida  and the captains — Soi Fon,  Kurotsuchi, Zaraki, and Hitsuyaga who showed great power while going head to head with the attacking Bountou. But my favorite scenes by far are still those that show Ichigo and Renji being fiercely protective of Rukia, especially towards the end where the recuperating Rukia is flanked by her two guardians at the Kuchiki home in Soul Society.

There are a lot more deaths this time around, but its kind of hard not to have any casualties in a boy’s manga at all. I appreciate Bleach, however, for trying to keep things not too violent, all the while trying to justify the elimination of certain characters by fleshing out their roles and making sense of their existence in the anime.

Bleach is great story about friendship and camaraderie, and it is presented with consistency that has been established even from the beginning of the anime. I can’t wait to devour the next seasons. 🙂 Check out my review of the Shinigami arc here.