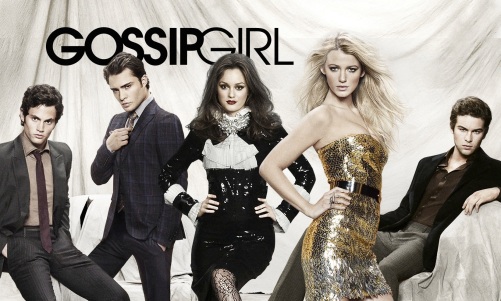 Be warned. Some spoilers ahead!

Fans have seen a lot happen this season. The development of the Dan-Blair arc, Blair’s love trifecta featuring Dan, Chuck and Prince Louis fighting over the Queen B, her marriage (and divorce), Serena being Gossip Girl, the resurfacing of familiar faces (read: villains) like Georgina Sparks, Diana Payne, Jack Bass, William van der Woodsen, and even the long deceased Bart Bass.

I must admit that this season had a lot of highs and lows. Highs: Blair’s whirlwind Princess stint, Chuck’s grand sacrifice, and as a Dair shipper, the budding of the romance between Lonely Boy and Queen B. Also, there was a throwback to previous seasons with the gang teaming up to discover Diana’s real secret, which turned out to be Bart Bass alive and in hiding.

Lows: when Blair finally chooses Dan, they seemed to have gotten boring like the fight suddenly went out of these individually feisty characters. The Serena as Gossip Girl angle was kind of lame, as well as the fake Charlie Rhodes arc. It never really got my vote. Also, Dan’s long and unruly hair is a bit of a turnoff no matter how smart he is.

Anyways,  there was a real buzz over the finale espcially with the promo promising that Blair will finally choose between her two remaining love interests. She being with Dan at the time and with no real reason for them to break up (except perhaps Serena seducing Dan out of spite), I would have thought that the decision would have had to be long and agonizing for the Upper East Side princess but as it turned out, the episode, which should have been charged with a lot of “moments” that would keep viewers guessing and excited for the next season, actually turned out to be a dud.

Here’s why. The Dair pairing was severed abruptly like the writers did not care what would happen to Dan, making Blair appear selfish (which she sometimes is) but makes no sense at all. I do understand that Chuck is her soulmate and all but I would have thought that she, being friends with Dan prior to their relationship would not forget Dan’s kindness and loyalty enough to explain to him why she would choose Chuck.  Second, Serena’s character is really going downhill. She casts Dan aside countless times but when he suddenly falls for another girl, she is in love with him again? And this petty jealousy actually extends to her demolition job on her half sister Lola, who accidentally steals the thunder from her as UES’s It Girl. At the end of the episode, we find herself back to her old ways, whoring herself out for coke. Duh, what’s new? Nate is improving a bit, and at least now, he is portrayed as something other than a boy toy who’s only in the show because he’s pretty. Although old habits die hard and he still trusts his friends too much that he inadvertedly drops major secrets without knowing it. Its kind of funny, really. Plus, Dan going to Georgina to seek revenge at the end of the episode was also kind of cliche. Really, Georgina? Throughout the season, its as if she’s become the go to villain of the writers to cause mischief among the lives of Manhattan’s elite. Bart Bass’s treachery is nothing new and I think the final season of Gossip Girl will just be a rehash of the time when Chuck was left with his father’s company.

Anyhow,  the only bright cloud I see is the re-emergence of Jack Bass, my favorite anti-hero of the series. I would have preferred Blair to be on her own for the bit just to find herself before she committed to a guy and get herself back together first after all that has happened to her. The writers, I believe chickened out of the Dair ship and changed their minds as soon as they put Penn Badgely and Leighton Meester’s characters together. Their biggest mistake, in my opinion was really not committing to the storyline, or maybe they ran out of room to write — who knows?

All in all, this may yet be the worst finale for the show in its entire five seasons. Previously, viewers were always treated with cliffhangers, but this time around, there was really nothing new, nothing fresh and nothing to look forward to. This is particularly bad timing for the show which has fought tooth and nail to have a last and final season.  If this is an indication of the next season, then I’m guessing that more viewers will lose interest in the show, no matter how many ships it sets sail (Dair, Chair, Derena, Serenate, Nola…) and this is just too bad because the show really has potential.