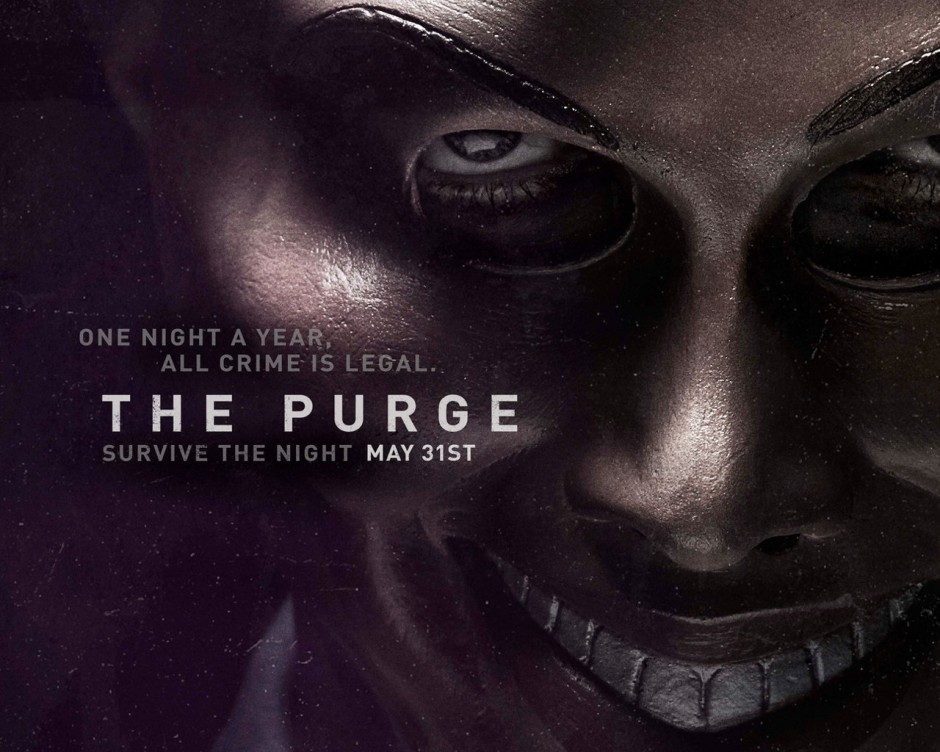 In the new America. crime and unemployment have hit an all time low owing to the annual “Purge” sanctioned by the government where for 12 hours, all crimes will be legal including all forms of violence, theft, and rape. For families who can afford heavy security equipment, this does not pose a problem but regular folk become fair game to the hunters who use the purge as an excuse to “cleanse” themseves of their pent up evil. The Sandins, a family who came across their wealth selling security equipment, could have spent the night quietly in lockdown but an unexpected complication brings them in the middle of a hunt. Now, their family becomes the prey for a group of sinister youths who have their heart set on purging and the family is left with no recourse but to fight to survive the night.

The Purge has a very promising premise. At first glance, it seemed like a composite of The Strangers and the Devil’s Rejects, two of the most disturbing home invasion movies  that I have seen. The Purge even upped the ante an took in some elements of Stanley Kubrick’s A Clockwork Orange because those who are preying on the weak are normally educated and wealthy members of society. The social commentary on how despite society’s evolution, the poor are still oppressed and that social status seems to prevail prods the audience into taking a long hard look at the present and envision the future, if the same problems with prevail 20, 30 years from now in our own society.

The idea of the Purge is truly terrifying to think about especially with how callously and casually masked strangers, no matter how polite they seem approach the activity. Its as if society is devoid of humanity in this fictional world and it makes the audience question if they too are capable of such lack of emotion when committing such heinous crimes.

However, I felt that the movie was not able to communicate the terror fully due to some questionable choices made by the Sandins in the movie, especially the Sandin children. Frankly, I wanted to smack the two Sandin offspring because of their utter lack of sense which put their family in their predicament in the first place. While the film was trying to inject the element of compassion on the youngest Sandin in the poor choice that started it all, all of his subsequent actions made no sense and only annoyed me to no end. The only members of the family who showed a speck of wisdom were James (Ethan Hawke) and Mary (Lena Headey) so my sympathy was with them the whole time for having borne such idiotic children.

In terms of action, audiences will have a long wait in store for them for Ethan Hawke’s fight scene but this bright spot of sunlight will be brief, and before they know it, the film trudges along to another ho hum segment.

As for the purgers, I thought the film tried to oversell the sinister, with lengthy montages of the masked strangers doing all sorts of weird psycho stuff. It didn’t really work for me because these were things that have been donw before by better movies.

All in all, the idea of the Purge was the best thing going for the movie. Ethan Hawke and Lena Headey were marvelous as always but unfortunately, their combined efforts were not enough to save the film from the appalling stab at  thriller that it ended up as. While it was not the worst movie of its genre that I have seen, it was far from the best. I chalk this down to a disappointment but only because I was expecting more from the film than it delivered.