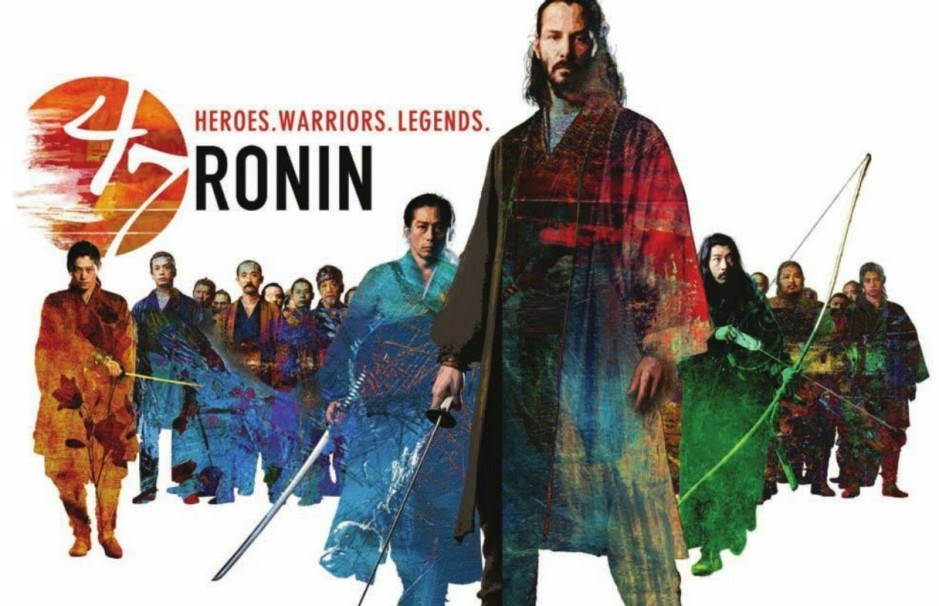 Keanu Reeves is one of the most formidable actors in Hollywood for the simple reason that despite his calm demeanor, he was able to do justice to roles that pitted him against Lucifer himself (Constantine), made him prevail against football superstars (The Replacements), conquered the Matrix (the Matrix), party on as Ted “Theodore” Logan (Bill and Ted’s Excellent Adventures) and steal women’s hearts  in love stories like The Lake, Sweet November and A Walk in the Clouds. Pitting him against mythical Japanese monsters and mutants should be no problem at all.

47 Ronin is a movie loosely inspired by the story of the 47 Ronin of Asano in Japanese history, albeit spruced up with sorcery, phantom soldiers, mutants and mythical beasts like dragons and hybrid minotaurs. The plot revolves around the half breed Kai (Reeves) who was found in the forest when he was young and marked by what many believed to be demon spirits living in the woods. While he was welcomed into the home of the Asano clan leader Lord Tanaka (Min Tanaka), and  his daughter Mika (Ko Shibasaki), he was never really accepted by the Lord’s samurai, led by Oishi (Hiroyuki Sanada). Many years later, Lord Asano is tasked by the shogun Tsunayoshi (Cary Hiroyuki-Tanada) to host the annual tournament attended by lords of neighboring provinces of Japan. When rival Lord Kira (Tadanobou Asano) commits treachery by witchcraft against his host, Lord Tanaka is forced to commit seppukou (taking his own life with honor) and his men are dubbed Ronin, or masterless samurai. One year later, Oishi gathers his Ronin, and enlists Kai’s help to avenge his master and save Mika from marrying Kira to join the two daimyo.

47 Ronin is unlike any other samurai movie previously released. It was, like its main character, a hybrid of sorts, incorporating elements of fantasy, adventure, drama and action into an otherwise straightforward story based on historical facts. This over-ambition may be the reason that the movie was generally panned by critics, but I for one, thought that the movie was not bad.

On a positive note, the cinematography and the costumes were stunning, showcasing the beauty of Japan and its environs quite masterfully. The movie also boasts of a strong cast led by Keanu Reeves, although I am not quite sure if he was able to maximize his full potential with this character. Hiroyuki Sanada, who played Jackie Chan’s prodigal “brother” in Rush Hour 3 was compelling and engaging as the leader of the masterless samurai, and Min Tanaka was excellent as the honorable leader of the Asano clan. Not to forget Takato Yonemoto as Basho, who played Basho and provided some of the film’s best comedic moments.There were a lot of strong scenes that depicted Japan’s sense of loyalty, honor and family that became the highlight of the movie.

What didn’t work too well for the movie was its effort to do too much with the fantasy side. The CGI, while they were good, felt like they did not belong in story about ancient Japan at all. The supernatural elements or the demon spirits in the woods were designed in such a way that they looked like aliens, which added to the general confusion in the tone of the story. There were also a lot of elements obviously inspired by other blockbusters like Pirates of the Caribbean, Pan’s Labyrinth and Academy Award contender The last Samurai injected into the film that didn’t really work out for the film overall.

All in all, it was a great effort on the part of the filmmakers to think out of the box and add some pizzaz to the story of the 47 Ronin, but after seeing the movie in its totality, I felt that the strongest elements were still those that were deeply rooted to the legend. The tale of the 47 Ronin was already, in itself a compelling adventure and if the filmmakers concentrated on this aspect instead of trying too hard to be different, the movie could have given The Last Samurai a run for its money. As it stands, it ended up as a passable movie, but falling short of that certain something that would make it great.