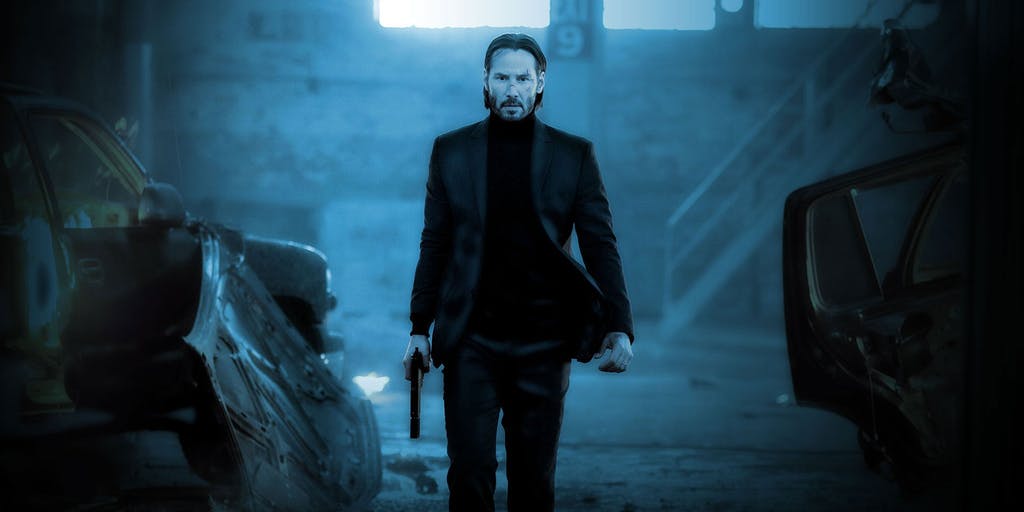 Add another name to the list of movie characters you don’t want to mess with.

John Wick (Keany Reeves), a retired assassin who recently lost his wife to a lingering illness is trying to move on with his life in peace and quiet, in the company of his wife’s final gift to him, a puppy by the name of Daisy. An unfortunate circumstance crosses his path with his former boss’s son, a douchebag by the name of Iosef (Alfie Allen, Game of Thrones) who invades his home to steal his car and kill his dog. Enraged, John dusts off his gear to hunt down the arrogant buck and make him pay for his crime. Meanwhile, Iosef’s father, Russian mob leader Viggo (Michael Nyqvits) takes out a $2 million bounty for John to keep him from his objective.

Its too bad that John Wick didn’t get as much promotion as many other action blockbusters because for a fairly simple plot, it was able to come out with a rather kickass movie.

Sure, it wasn’t perfect. I personally felt that there was too much of a build up for Wick’s character, making him more of an urban legend than a man, especially in the beginning. The first 20 minutes or so of the movie was devoted to following John around while he mourned his dead wife but it was pretty understandable given that they had to stretch the film’s very basic story into an hour and a half movie. I felt like the filmmakers tried to push the drama too much which made the movie kind of lopsided, yet at the same time, it served its purpose of justifying John’s vendetta.

There were a lot of things about this film that I thought were pretty cool. First, the concept of paying with gold coins. Then, there was the exclusivity of the assassin’s club and third, the idea of making “dinner reservations.” A lot of movies have tried to depict assassins as a cool and sophisticated bunch but this movie takes the organization to a whole new level.

The film’s bread and butter was of course, its fight sequences. Kudos to the guys who choreographed the action in this movie. Each move was precise and on point, and at times, it seemed like John was just giving his fellow assassins massages —  with bullets. While the film mainly revolved around John and Viggo, the characters of Marcus (Willem Dafoe) and Winston (Ian McShayne) were also standouts without even trying. Too bad Peter Mensah, who played the badass Oenimaeus on Starz’s Spartacus got stuck with a receptionist role. I would have liked to see him do battle, as well.

There were also some great cars featured in this movie, mainly John Wick’s vintage ’69 Mustang. Too bad most of the vehicles didn’t make it to the finish line. I mourn the destruction of these great rides.

All in all, I liked the fact that they didn’t make John Wick out to be superhuman but rather just a guy who really really knew how to kill people really well. True, it was fairly more violent than 70 percent of movie releases by Hollywood, but it was darned entertaining. It also got me thinking how cool it would be to pit John with Taken’s Bryan Mills. But that’s just wishful thinking.