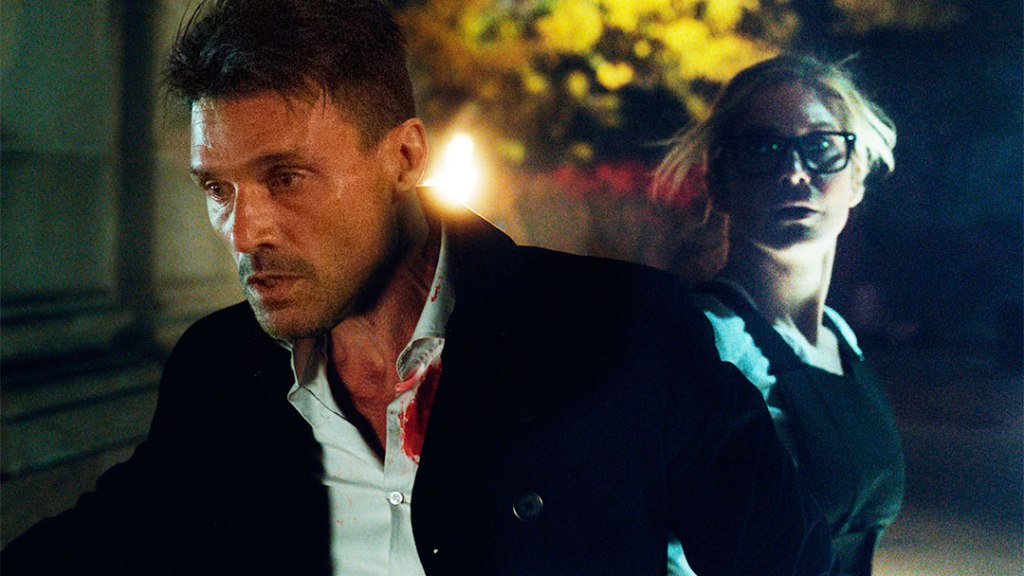 Leo Barnes (FRANK GRILLO) leads Senator Roan (ELIZABETH MITCHELL) through dangerous territory in Universal Pictures’ "The Purge: Election Year" reveals the next terrifying chapter that occurs over 12 hours of annual lawlessness sanctioned by the New Founders of America to keep this country great. 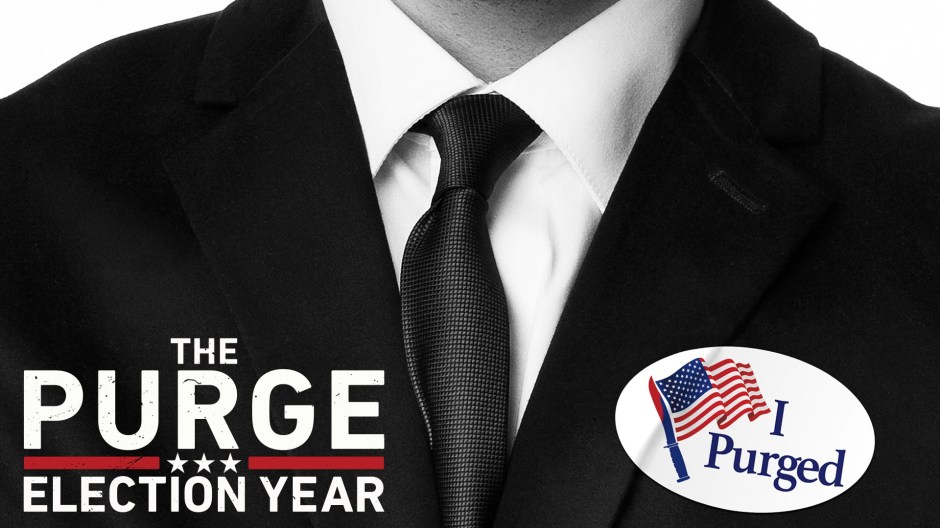 Sometimes, you just have to know when to quit.

The Purge, a dystopian horror film released in 2013 had an interesting premise, a day that encourages Americans to go out and commit crime for a specific period once every year and not have to answer to the law as a means to cleanse oneself of negativity and prevent even more crime from being committed throughout the year. The first one was passable, the sequel The Purge Anarchy was better but this time around, The Purge Election Year was way off tangent.

The Purge Election Year sees the return of The Purge Anarchy’s Frank Grillo as Leo Barnes, this time serving as the chief security  of Senator Charlie Roan (Elizabeth Mitchell) who is running on the platform of eliminating The Purge, being a victim of the annual practice herself. Roan is an obvious target of  Purge backers and it comes as no surprise that her safehouse would get attacked on Purge night. As she and Leo escape, they are assisted by shoponwer Joe, his staff Marcos and his friend, Laney  who take them underground where they uncover a major plot by Purge dissenters. As the night wears on, Roan’s life is placed in great danger countless times as it grows more imperative that she survives to fight for her cause.

On paper, the film looks like it has a winner. Making Grillo return as the world weary Leo Barnes also seemed like a good idea, and timing its release for the actual election year in the US seemed like it would add some fuel to the marketing.

However, for some reason, I didn’t think that the third installment worked as well as the first two because the storytelling was all over the place. For all intents and purposes, Roan was the main storyline, but every one of the characters seemed like they had their own stories and their own agenda that it was hard to fit all of that in the 105 minute film.

And the crazies? Everyone seemed over the top crazy in this film, save for a few people. Way over the top in an overacting way. The girls who were shoplifting candies, the minister, the new founding fathers? Everyone was projecting Level 10 insanity even without having to. Sometimes, being more subtle is more effective, as was proven in the first films but this one managed to forget. Poor Leo, no wonder he seemed so agitated for the entire film. He didn’t know how to temper the bad acting of his co-stars to save his life.

I felt bad for the conclusion to the trilogy, because the first two were good. Plus, it already had an established storyline to its advantage. But somewhere in its effort to level up the horror, it failed miserably and backfired because of its lack of focus.

All in all, instead of having a horror for the ages, it ended up with one that was trying too hard that it was almost laughable. No saving grace for this one, writer/ director James DeMonaco but no dice. Not even Frank Grillo could save this one for you. Sorry dude.