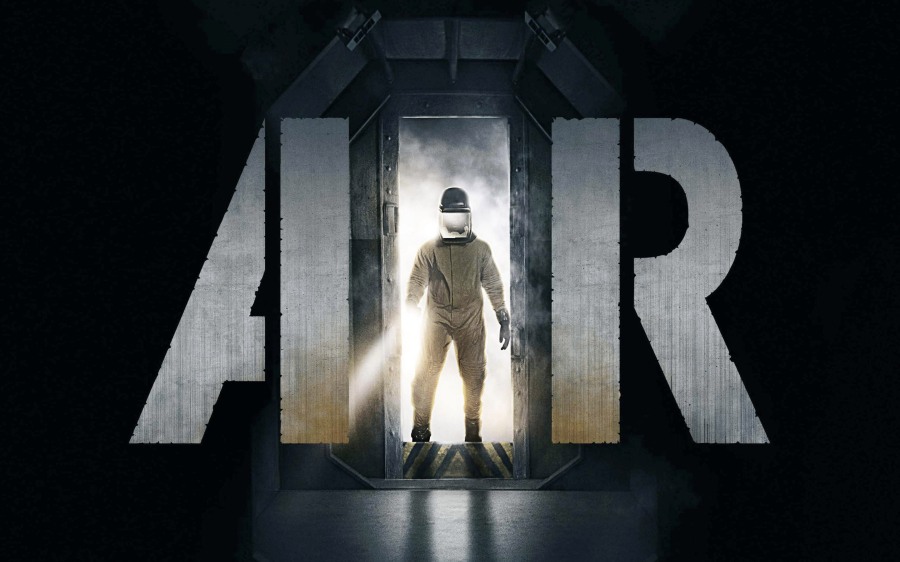 Being a fan of The Walking Dead, I was excited to check out a movie that starred Norman Reedus. At first glance, it looked promising, a sort of post apocalyptic film that I initially expected to have at least a bit of action. Too bad it turned out to be a snoozefest.

Bauer (Reedus) and Cartwright (Djimond Honsou) are two engineers tasked to maintain an underground facility that serves as a shelter for the last foundations of human society after a chemical weapons catastrophe contaminates all of the air on the surface. When an accident causes damage to one of their tanks, they must find a way to both survive given the limited supply of breathable air available at the facility.

From the beginning, the filmmakers wasted no time to establish that the film was going to drive the two engineers crazy. Cartwright kept seeing visions of one of their wards and talking to it while Bauer clearly had issues stemming from his life from the outside before he took on the job. The film wasted precious minutes in the beginning emphasizing how different these two men from each other, all while obviously trying to keep the twist close to its chest.

Surprisingly, while Bauer seemed the more aggressive and brash, I felt more connected to the character because he was up front about what he was, what he did and how loyal he was to Cartwright, whom he considered family. Cartwright had the equal chance as Bauer to come clean about his not so scandalous secret but he chose not to and opted to let his delusions steer him into his final choice.

In terms of the technical, the background music really didn’t help the film along at all. Audiences must already be feeling bored about the dragging succession of events but the 80s sounding score made the events even more tedious than it already was.

All in all, Air was a complete and total bore at 95 minutes. The final scene was attempting to evoke sympathy for Carthwright amid the tragedy he suffered, but I felt none for the character. All I felt was relief that the madness was over. Sorry, not sorry. Just telling it like it is.