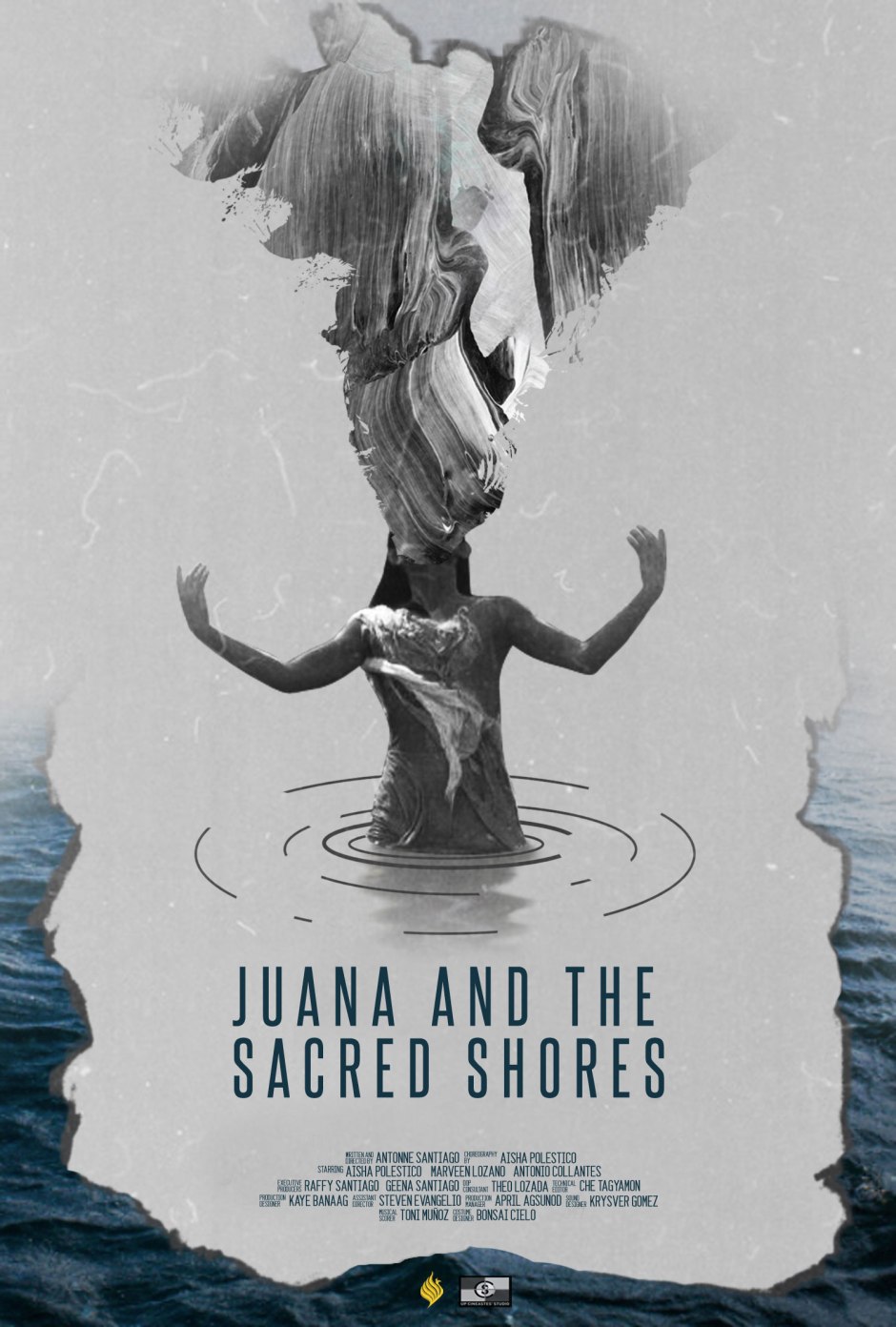 For the synopsis of Juana and the Sacred Shores, I will opt to lift the synopsis from the original Cinemalaya 2017 description.

Synopsis: Juana is a beautiful maiden living peacefully in her island. While dancing in the middle of the sea, she sees how vast the waters are, and suddenly realizes that she is alone. To satisfy her longing, she does an animistic ritual and prays for a companion. A man arrives.

I don’t know, but for me, Juana and the Sacred Shores could have been better named “The Rape of Juana.” I mean rape not in the literal sense of the word but by the idea of taking advantage of her innocence and optimism which was effectively portrayed in the story.

The short film by UP film student Antonne Santiago is an excellent blend of two art forms — film and dance, and lead star Aisha Polestico is able to carry off the symbolisms of her role with her excellent skills in dance, even without music. He skillful and impassioned routines made her character seem bigger than life. The routine between Aisha and co-star Marveen Lozano was excellently executed and beautifully captured on screen.

It is an amazing fear how dance alone was able to convey the message behind the symbolisms of innocence and corruption and how the character of Juana who could represent both Mother Nature or the whole Filipino nation, has been used and abused by those who seek to benefit from her resources and set her aside once they have gotten what they want.

It was very thought provoking in the sense that even though audiences knew from the start that the man was up to no good, Juana remained clueless until the end when it became clear to her that he was only pretending with her. At this point, it was already too late and she could only stare helplessly as the man starts to corrupt yet another innocent.

All in all, Juana and the Sacred Shores had a very strong message that would resonate with the audience even without compelling dialogue. Juana is an artistic testament to how actions can speak louder the words.