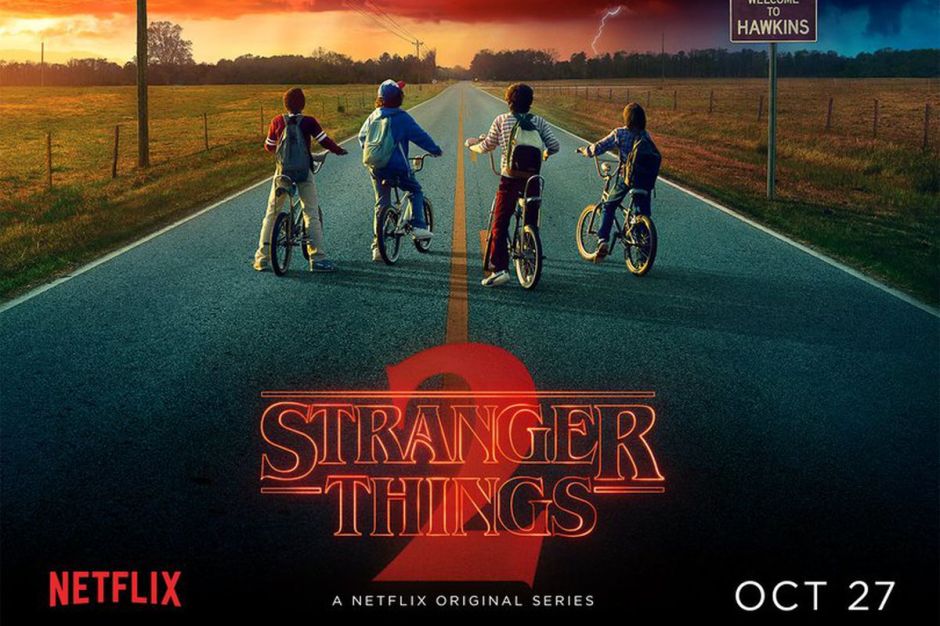 I absolutely loved Stranger Things Season 1 and was one of the fans of the show who was waiting with bated breath until the second season came. I wanted to learn about what happened with Mike (Finn Wolfhard) and Eleven and Lucas (Caleb McLaughlin) and Dustin (Gaten Matarazzo), especially after their party became complete with the return of Will (Noah Schnapp). 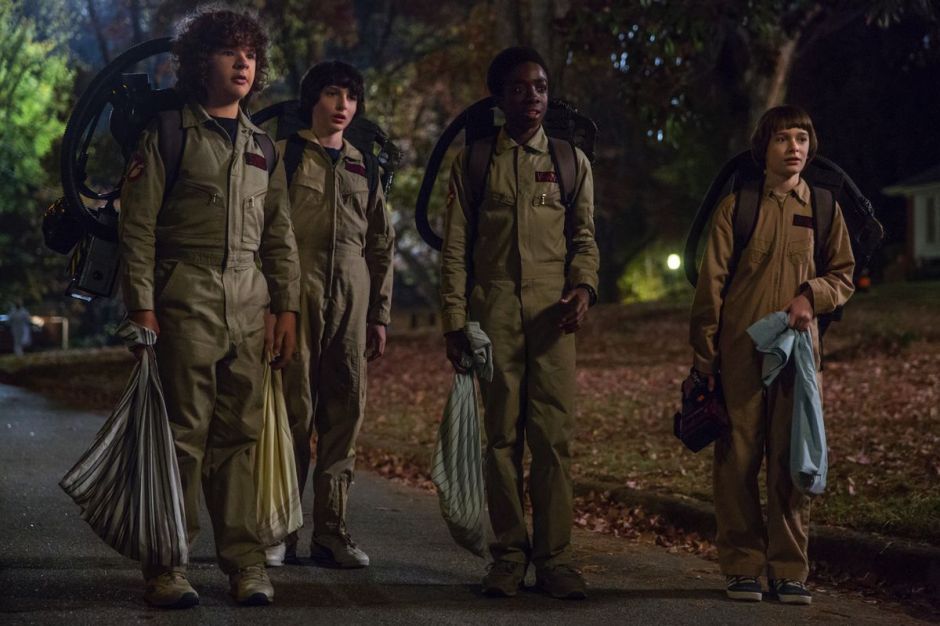 There were many questions left by the end of Season 1. Was Brenner alive? Will El return? What came out of Will in that final scene and what did Hopper talk to the lab suits about? For a supposed anthology series by the Duffer brothers, the story was itching to be told and the second season did just that.

Synopsis: After Eleven (Millie Bobby Brown) disappeared after her final showdown with the Demogorgon, Mike and his friends try to resume their lives as normally as they could. Mike still feels like El is somewhere out there and it turns out that his intuition was right. It turned out that Chief Hopper was keeping her safe so the Hawkins people won’t get to her. However, it seems that the nightmare about the Upside Down was far from over as Will continues to experience episodes hinting that a shadow monster is gearing to unleash his army on Hawkins and envelop the world in darkness. As Will’s visions intensifies, so does the monster’s connection to him expands.

I would have binge-watched Strangers Things 2 if I could but I didn’t have an entire stretch of time to burn to just sit down and immerse myself in this fictional world. I made do with finishing it in three sittings instead, but even so, I was so sad when I reached the ninth episode because I knew I was going to miss the gang again for at least another year.

Stranger Things 2 had a different appeal than the first series. The Hawkins people were clearly marked as the antagonists in season 1 with Matthew Modine playing the part of the manipulative head of the facility. With Brenner gone, Dr. Sam Owens (played by Paul Reiser) has now taken over the reins of the facility with a lot more compassion and rationality than the single-minded Brenner. I loved how Paul Reiser embodied his humanity and balanced it out with logic, making him a relatable and rootable character.

Reiser wasn’t the only fresh addition to the cast. Sean Astin, who is known for playing beloved characters like Rudy and Sam Gamgee of LOTR fame, now adds the character of Bob the Brain to his beloved repertoire. Bob is Joyce’s boyfriend, the regular nice guy who really went the extra mile for Will and his family when push came to shove. While there was a ton of foreshadowing about what would happen to his character throughout the early episodes, I liked how Astin executed his character and endeared himself to the fans of the show. 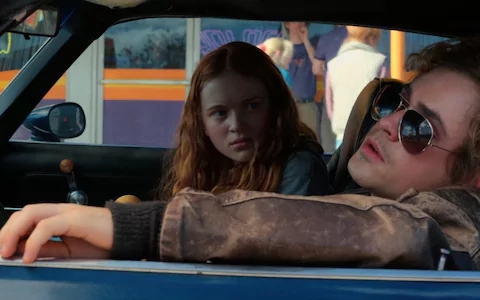 In contrast, I wasn’t such big fans of the characters of Sadie Sink and Dacre Montgomery as Max and Billy Hargrove. I think the characters were too cliché and only served to complicate the dynamics of the party. I think that it was unclear what Billy’s true purpose was for being in the series so the show simply implied that he had a bigger role in the upcoming season because he was unstable and unpredictable. Props to the Duffers though for raising the issue of racism with some of the dialogue.

As I’ve said, Stranger Things 2 had a different appeal from the first mainly because the first season established how Eleven became part of the party that destroyed the threat looming over Hawkins. This time around, the series took time to establish relationships of its other characters. El and Mike’s chemistry remained strong even if they shared screentime for only a small segment of the season.

But the show will not survive on this alone to the Duffers established new dynamics between Chief Hopper (David Harbour)  and El, Dustin and Steve, Will and Mike, Steve and the kids, Dustin, Lucas and Max, Jonathan, Nancy and Steve, as well as Joyce, Bob and Hopper. As each unit grew a stronger bond as they set off on their own individual journeys, their missions converged until it became one singular goal, which made it cooler. The final two episodes were especially great because all the establishment in the first episodes bore fruit with the penultimate and final chapters to the season. 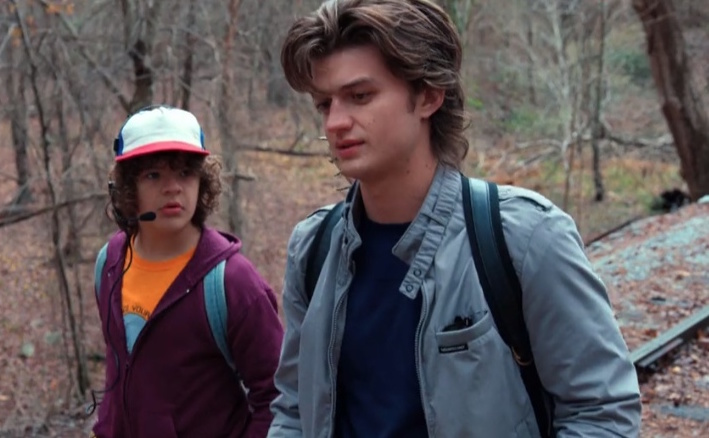 As for the old cast, I liked the growth in the characters of Nancy (Natalia Dryer) and Steve (Joe Keery) this season. Nancy annoyed the hell out of me in Season 1 but now, she’s more mature and sensible. Steve, for me was the standout character for the show’s sophomore run. From being a vain airhead in Season 1, he shed his cool image to hang out and protect the kids without expecting anything in return (which made him even cooler in my opinion). The way he bonded with Dustin and virtually adopted him as a little bro was just pure love because like Nancy said, Dustin has always been my favorite.

I love Mike and El. Geez, could these two get any cuter? They embody all of the innocence of puppy love and they manage to covey it with just one look. And let’s talk about Noah Schnapp as Will Byers. This kid is a gem. His eyes are so expressive and his acting was superb. He more than made up for his extended absence in Season 1. He really shone in this one.

And why is it when the demogorgons (or in this case, demodogs) attack, Joyce’s house is always caught in its center? The map and the shed really brought back Season 1 memories. And it was awesome.

A lot of fans have been criticizing Episode 7 “Punk” as it centered on El’s journey to find her mom and her long lost “sister” from the facility since it didn’t seem to have anything to do with the current Hawkins situation. However, I think that Punk’s purpose was to introduce new possibilities for Season 3 and emphasize the development of El’s humanity and compassion, which she was coming to terms with in Season 1. And the episode effectively accomplished its mission, if you ask me.

All in all, I loved how they played out Stranger Things 2. I liked how the Duffer Brothers brought in talented directors like Shawn Levy (Real Steel), Rebecca Thomas (The Little Mermaid) and Andrew Stanton (Pixar) on board and maintained consistency in the series. I also liked how the season ended with all the major questions answered, for the meantime. It gives fans an amount of peace to enjoy the wait until the next season even as a new threat looms. Now, back to binge-watching Season 1 again.