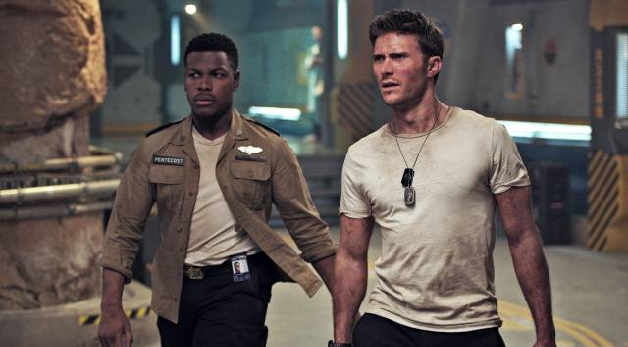 Five years ago, I was invited to the gala premiere of Pacific Rim Uprising which launched Dolby Atmos to the Philippines and was blown away by the epic robot battles between the Jaegers and the Kaijus that kicked off the franchise. This time around, I was lucky enough to score an invite to the gala of the sequel Pacific Rim Uprising on IMAX, so I was able to see the movie ahead of its regular opening date on March 31. Yet again, I was impressed by how the Pacific Rim team carried on with the sequel.

Synopsis: Ten years after the death of Marshall Stacker Pentecost (Idris Elba), the world is a safer place without the Kaijus and the Jaeger program remains at the forefront of the Earth’s defenses against similar threats. Stacker’s son, Jake (John Boyega) who was booted off the ranger program, now lives like a king among thieves by stealing Jaeger tech in scrapyards, and comes across a young scrapper named Amara (Cailee Spaeny) who built her own Jaeger from junk. For all the trouble they caused, the duo find themselves arrested and delivered to the ranger program where Jake is ordered to train new recruits, and Amara is trained to become a Jaeger pilot.

I must admit that I had my reservations about this movie. Most of the actors from the original cast were nowhere to be found in this sequel with the exception of Mako (Rinko Kikuchi) whom I hated from the first movie, Newt (Charlie Day) and Hermann (Burn Gorman). Plus the lead cast for the sequel, aside from Star Wars’ John Boyega, are relative newcomers to a major blockbuster franchise (i.e. Clint Eastwood’s son Scott Eastwood, who played Ranger Nate Lambert). This was why I found it doubly satisfying when everyone pulled their weight and delivered on their roles with flying colors.

I liked that Pacific Rim Uprising didn’t dwell too much on the dramatics and didn’t fall into a similar trap as Independence Day Resurgence. Aside from briefly making references to Jake and Amara’s past, the film proceeded to deal with the situation at hand and brought the characters to the present where danger was imminent. The movie focused not only on Jake and Amara, but on their relationship with their team members and how the street smarts they acquired helped them become better rangers.

I was impressed by the casting in this movie. John Boyega, when he’s not trying to be funny, really looks like a legit leader. On the flipside, Scott Eastwood held his own as Jake’s partner while newcomer Cailee Spaeny was just the right amount of scrappy and sassy to pull off her role successfully. Tian Jing who made her Hollywood debut in this movie, was equal parts bitchy and badass in this movie that she may have done just enough to keep her Hollywood career going.

I loved that there was more teamwork and a sense of family this time around and you could really see all of the Jaegers working together to take down the mega Kaiju. From Nate and Jake’s relationship and the cadet’s chemistry, the mix of experience and enthusiasm was a joy to watch, especially with an epic battle under way. There were times though, that I felt that there was too much time wasted on panicking (while they were being attacked) and discussing that they could have just used the time to suit up to fight instead.

There were many cool things that happened in this movie. I always thought that the Jaegers being delivered to their destinations was a bit of a downer but this time around, I was glad that Herman found a way to help the Jaegers get to their destinations faster and on their own.  You have to see it to appreciate it. The CGI, like in the first movie was fluid and on point and really gets you invested on the scenes. Also, you have to watch out for a surprise twist that kind of creeps up on you if you’re not watching out that made things really interesting.

All in all, Pacific Rim Uprising managed to maintain its consistency with the first movie and sustain interest audience’s in the franchise. It delivered on the epic battles that the fans waited five years for and restarted the franchise for the possibility of a third movie. It was a great watch and an even better one on IMAX where you feel like part of the action.