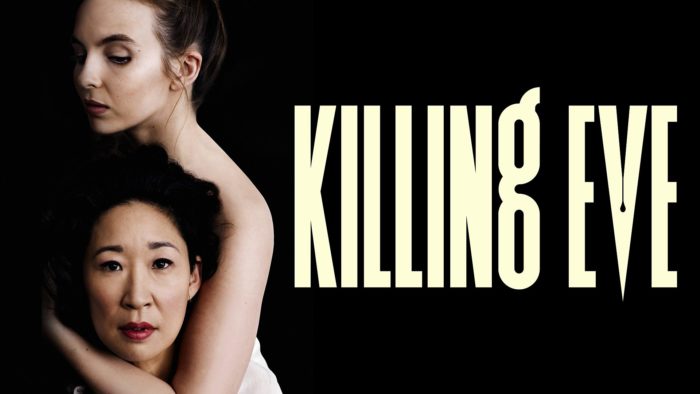 Feel free to call me a bandwagoner but in my defense, I’ve wanted to see Killing Eve for months. The only problem is that I’m a binger and I have no patience to watch a series on a weekly basis, plus I often forget when they come on anyway. So for my own sanity, I decided to wait for the entire season to finish before I got into it.

I kept hearing good things about this show and I’ll be honest. Sandra Oh’s Golden Globe win made me even more intrigued about it. My verdict: Its a pretty solid show but for some reason, I still can’t consider myself fully invested in it after I’ve watched the entire first season.

Synopsis: Eve Polastri (Sandra Oh) has a boring desk job at London’s MI5 office but she has always been highly intuitive and interested in the psyche of female killers. An assignment to arrange the protection of a key witness in an assassination triggers her curiosity and prompts her to delve into the identity of what she believes is a highly skilled female assassin operating across Europe. As her hunch proves correct, Villanelle (Jodie Cormer), the psychopathic killer responsible for the murders, develops a similar interest in the MI5 agent and so begins their twisted game of hide and seek.

The first episode of Killing Eve got me interested in the show right away. There was immediately a sense of danger that hung over the entire episode like a shroud, but this was mainly because of Jodie Comer’s effective portrayal of a psycho killer who not only treats her kills as a job but derives immense pleasure from watching the death of her targets. Its chilling to see such an effective portrayal of a person whose sole purpose in life is plotting the end of another. In this sense, Villanelle truly brought her character to an entire level of creepy. Because she is such a loose cannon, viewers also feel like they couldn’t really guess if anyone can be truly safe.

At first, it was impressive how efficient Eve was in putting together the profile of the elusive assassin. However, unlike many crime series where the detective/agent is chasing the culprit, Eve was often at the receiving end of the bait, and Villanelle toyed with her mercilessly, always one step ahead of her every time.

To say that I wasn’t a big fan of Eve’s character would be an understatement. She is brazen in her actions, but when faced with crisis, she cowers because she is technically not trained to deal with assassins. She is quite selfish and single-minded in her pursuit of her nemesis but it wasn’t even clear why she wanted to connect with Villanelle so badly. She puts her teammates in danger (I worry for Kenny constantly, poor kid) and she lashes out at the wrong people (e.g. her husband Nick, whom I have no doubt will be killed at some point in the series). She may be wrestling with her inner demons but I’m really not a big fan of her technique.

Perhaps, it could be argued that the series was developing the parallels in the characters of both Eve and Villanelle so that they may, in the end, use it to pull off an unexpected twist. Unfortunately, despite the initial interest that their cat and mouse game generated in the first half of the show, it kind of lost momentum when they went to Russia for The Twelve, where Eve managed to betray every SOP because of her obsession with Villanelle. Never mind that her discoveries would lead to the bigger picture because she was just after Villanelle, as she so stubbornly, repeats on many occasions.

The show was a master of foreshadowing, danging every parallel they can from Villanelle’s first love Anna and the similarities of her MO with her stalking of Eve. There was also the air of foreboding surrounding Bill, and other dialogues that provide clues on which dark path the show is taking next. Some would say that it was brilliant but I would stop short of saying that.

The show did well in dropping some hints about The Twelve, because it planted the seeds on the future of the series but I think that the trajectory of Eve and Villanelle’s relationship was kind of distracting me from the overall picture. Their interactions were creepy and confusing, and I for one, did not feel any sort of chemistry between the two characters as perhaps The Following‘s Ryan Hardy and Joe Carroll. Perhaps, it was because of Villanelle was devoid of humanity and Eve, with the exception of Villanelle was basically the same way. Both are selfish and perhaps, psychopathic in different ways so I felt disconnected to them.

All in all,  Killing Eve delivered a solid first season of murder and espionage but I felt like it could benefit from fleshing out the character of Eve some more to answer why she felt so connected to her nemesis. I’m all for women empowerment and seeing women take the lead in breakthrough series, but Killing Eve just feels like a regular off the mill espionage thriller, only supplanted with strong female characters to give a different feel. I may be in the minority but I’m not such a big fan. To each their own, I guess.