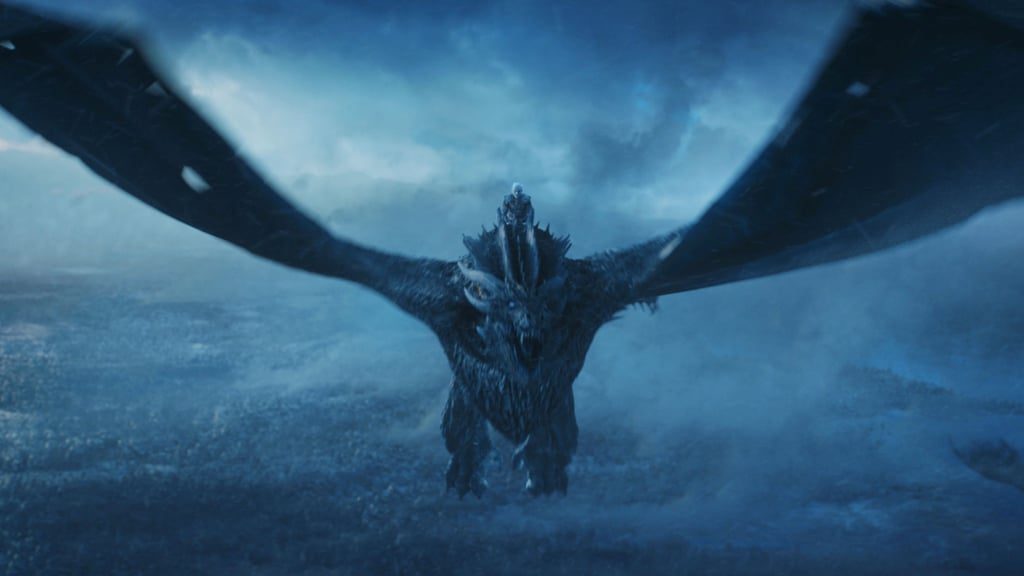 You know an episode is epic when you feel like a wrung-out dishrag afterward both physically and emotionally. After putting fans through hell last week with the endless goodbyes, it was a given that not all our favorite characters will reach the boss level in the War for the Iron Throne. This is my spoiler-free review for “The Battle of Winterfell,” for those of you who want to prepare yourself before seeing the episode. Spoiler free means I’m not going to say something that wasn’t already shown in the trailer.

Synopsis: The Night King’s Army is upon Winterfell and the combined forces of Daenerys’ troops, as well as the northern families, take their final stand against the army of the dead at Winterfell.

Does the synopsis sound casual? Well, that’s just about the only casual thing about this episode that put the Battle of the Bastards to shame. Within the first five minutes, fans are treated to a view of the Dothrakis’ first offensive armed with blazing weapons and battlecry. It was a beautiful sight. But this light was effectively extinguished in seconds and this just about set the tone for the entire battle.

The sheer numbers of the Night King’s Army was not the only problem of the Army of the Living. It was also the speed, the strength and the stamina of the undead. Just as Team Winterfell takes a moment to catch its breath, it is overrun by a fresh wave of Undead, who channel their inner Kingdom, Train to Busan and World War Z in their relentless assault. It was an endless spectacle of blood, gore, fighting, bodies and more bodies. Oh, and did I mention mountains of bodies?

You would think that after watching this sort of stuff for eight seasons, fans will be desensitized to the sight but there’s always something shocking about seeing a beloved character in a vulnerable state that tugs at the emotions on a whole different level.

I liked that heroism was served up in spades in this episode. How can it not when the battle was already uphill in the first place? Fans of Dany’s dragons will have a field day in this episode as Viserion faces off with his brothers. But remember the second trailer that HBO released about Winterfell and how we were all scared witless when we saw the look of terror on Arya’s face? Well, this episode answers any questions we may have about the source of her horror. Rest assured though that all characters who perished in this episode were given the proper ending they deserved after being on the show all this time.

I loved that there was a sense of desperation about the fighting. This made each action more selfless and more heroic (This also made me super tired). The tone underscored the hopelessness of the moment and how this experience drove people together, side to side, back to back, all cognizant of their mortality and their sole purpose — to survive if only for the night. Little Lyanna Mormont, for one, showed that she was a badass in more ways than one. Despite her size, she has more courage than multiple lords of the realm put together. She had one of the more memorable moments of this installment. Well deserved, I must say.

I don’t know about the rest of you but I think it was a good thing that they got Jamie on their side for this battle. Despite not being 100 percent because of the loss of one hand, he was levelheaded (well as much as he could be), faced with the army of the dead for the first time. His experience as captain of the Kingsguard also came to play as he barked out instructions at the inexperienced soldiers who were thrust into battle willy-nilly. I liked how he, Brienne and Pod fought side by side the entire time.

Arya’s time spent training to kill in Braavos really came in handy as she moved fluidly and calculatedly against their enemies. From expert marksmanship, to blades and just operating on her wits, Arya is an amazing fighter, using her entire body to tell a compelling story. Amazing acting on the part of Maisie Williams too.

As they begin the battle, there is one surprise arrival that will help things along for Team Winterfell and this character will ignite the flames of the northerners in more ways than one. This episode also provides perspective into the character’s actions in seasons past and effectively closes said person’s arc in the series (See, I didn’t even let on if the character was a male or female. Yay me?)

I loved the scene in the crypts, the dialogue and the surprise twist, as well as Jon’s staring contest with the Night King again. Seriously, there was a sense  of deja vu for these two kings and I was really waiting for them to have a go at it right then and there.

As the episode progressed, the shift to an extended battle montage showing where each of the characters were at the time, while using a slow piano concerto effectively magnified the direness of the situation as well as the impending climax. Let me just say that it was not the one that fans expected when the music crescendoed to full orchestra but it was epic in the sense that it came in a form a familiar face and a familiar move and that it was done using a weapon that was introduced to the series to do the opposite of what it eventually ended up doing.

My only complaint about this episode was that it was a bit on the dark side and the first time I saw it, I had trouble adjusting to the speed of the action given the limited lighting. When I saw it again on TV with better resolution, I realized I missed a lot of the nuances that really gave this episode the grit that it needed to set it apart from the other battles in GoT history. That, and the fact that Ghost was again relegated to supporting position to the dragons and that once again, Jon put him in the frontlines without even thinking of protecting him. Forgive me, I was severely traumatized by the death of Greywind, Shaggydog and Summer, not to mention Viserion when he was speared by the Night King so this is a big deal for me.

All in all, “The Battle of Winterfell” delivered on a perfectly executed battle that will make you wonder if you would make it out of the episode in one piece. It was the longest battle ever shot and fans will feel each moment dragging on like torture (but in a good way). Word of warning though, watching it multiple times does not diminish the stress that this battle will cause on your heart. Its worth it though. Now I wonder how Cersei can top the Great War.