By the end of Netflix’s The Society Season 1, it seems that there are more questions than answers which leads me to hope that Season 2 is already a given. There were very few clues surrounding the main mystery which is what actually happened to the kids of West Ham so I came up with a couple of personal theories to explain the mystery. These are no way definite so bear with me.

The Pied “Pfeiffer.” At the end the series, one of the suspects uncovered as responsible for the disappearance of the kids is a character called Pfeiffer, who was believed to be contracted to get rid of the foul stench in the town at the beginning of the series. Through their snooping, the kids discover that Pfeiffer was double crossed by their parents, when after fulfilling his end of the bargain, they refused to pay him his due. It was also confirmed that he was one of the bus drivers that drove them to New Ham. So just what was the connection of this mysterious character to the parallel universe that the kids are stuck in, if that was what it was called?

I think the show uses the character to loosely refer to the old folklore of The Pied Piper of Hamlin. In the story, it can be recalled that the leaders of the town refused to pay for the Pied Piper’s services after he successfully dealt with the rat infestation in their town, making him angry and take revenge on them by luring their children to their deaths using his magical flute. The kids never returned home.

The stories are too similar and the fact that Pfeiffer sounds like Piper (as in the Pied Piper) is actually a cool reference if that was what the show was gunning for. But does that mean the kids will never be reunited with their parents again, too?

Seven Stages of Hell.  In the final shot, which is believed to be from the original version of West Ham, it was shown that the names of all the members of the class was written on a plaque that said “We remember them” as Cassandra’s mom was reading Peter Pan to the kids at the library. This could be interpreted as the parents still mourning the loss of their children who are still missing, judging by the yellow ribbons  their clothes. Yellow ribbons signify hope for the return of someone who is long lost.

It could mean that the bus never returned so it could be that the bus driver deliberately got into an accident  (or a murder suicide) and killed everyone on board. New Ham could be a representation of purgatory. They try to come to terms with their death and their place in the world or the beyond. It could also be they are going through the stages of hell according to Dante’s Inferno as lust, gluttony, greed, heresy and violence are constantly threatening to ruin the peace in the town. This shoots down the parallel universe theory and makes for a more ominous future. We’ll see where this leads.

Things to look forward to

It seems as if The Society has only touched the tip of the iceberg in the  episode first season. As such, it would be a disservice to the fans to pull a plug on it before several issues are resolved.

Here are some of the questions that still need answers:

What’s up with that dog? The mysterious dog has appeared in both West Ham and New Ham and it was the only character that was able to cross dimensions so to speak. So what great significance does this animal present in the general scheme of things? 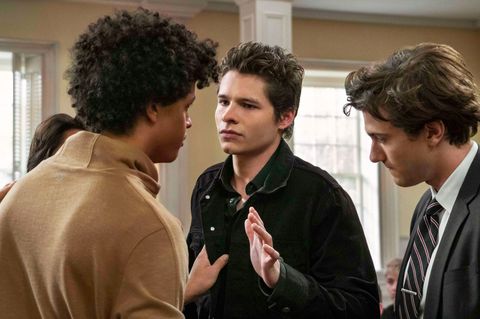 Who will save Will and Allie? With Allie and Will effectively decommissioned because of Campbell’s well orchestrated set up, who will attest to their innocence before they are executed like they did for Dewey? I’m guessing it would be a last minute change of heart from either Luke, Harry or Lexie.

What will happen to Harry and Lexie? I must admit that it gave me great satisfaction to see Harry and Lexie at a loss after executing their frame up as they were ill equipped to handle the mob that their town has become. After promising change, Lexie was grasping at straws, unsure of what to do and assuring her classmates that everything will stay the same. As for Harry, I hope he wises up and stands up to Campbell but I fear what will happen when it does. I like this character too much.

Who is the real father of Becca’s baby? We’re guessing that the reason Becca’s babydaddy was not revealed in the first season was because it would cause a major scandal that could break the town apart. After finding out that Harry’s mom was sleeping with Kelly’s dad, could the sins being referred to by the vandalism on the church wall refer to more sins that the parents committed perhaps against the kids? Also, since he baby is a new addition to the number of residents in New Ham, will it have an impact on their bid to get home or is there a rule like the movie Population 436 when the town’s number has to be the same as where they first began to bring back the balance. 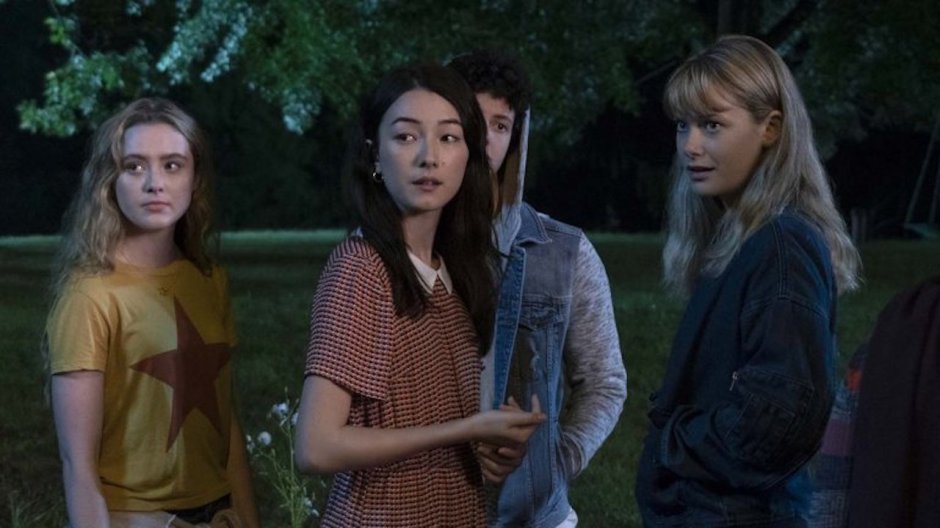 Fanaticism? In most dystopian stories, desperation often leads to fanaticism and while Helena is considered the town’s religious leader in Season 1, she still maintains a good head on her shoulders and does not lead the townsfolk to extreme ideas. But when the truth is revealed, will there be a shift in power at New Ham and will Helena become another leader when her imminent hatred and anger is likely to get the best of her?

Grizz to the rescue? Grizz has saved the town more ways the one with his wisdom and his penchant for the outdoors. He has counseled Allie indirectly plenty of times and has now become a hero of sorts for leading a successful expedition leading them to farmlands and eventually food. Will the residents of New Ham listen to him make sense of their situation or will he too believe the lies orchestrated against Allie and Will?

I’ve got to admit that I really liked the first season of The Society and I’m keeping my fingers crossed that Netflix will announce Season 2 very very soon, and with more episodes please.