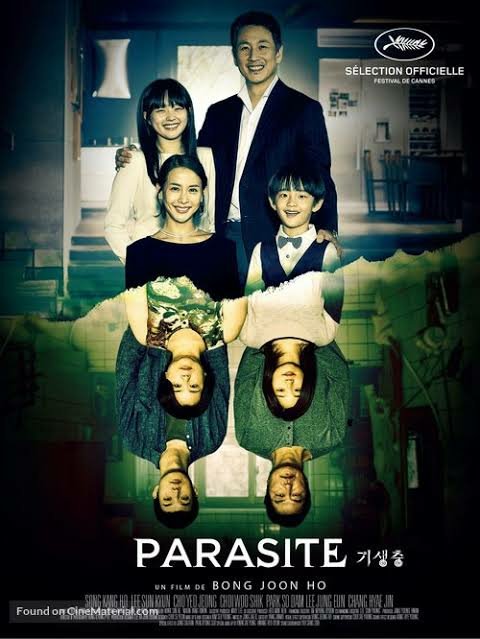 I was fully expecting something along the lines of Snowpiercer when I saw the Parasite trailer. It looked like it was actually a horror but the clip is actually a far cry from the black comedy thriller that the complete film delivered. At the end of the day, I must say that this well crafted film is a worthy addition to director Bong Joon Ho’s filmography.

Synopsis: Before leaving to study abroad, Min (Park Seo Joon) does his destitue friend Ki Woo (Choi Woo Shik) a favor and leaves him with a tutoring gig for a wealthy family. Easily forging credentials, Ki Woo lands the job and finds an opening for his sister Ki Jeong (Park So Dam) to also get a teaching job for the family’s youngest son. The cunning siblings devise a way to ingratiate their family into the household and pretty soon, they con their way into getting more jobs and more money.

I must say that Bong Joon Ho is a master at setting stories that are rich in symbolism and impact, resorting to the graphic and the brutal to unserscore his message. Parasite was no different. In this film, he effectively established the contrast between the Park and Kim families by showing the difference in their lifestyles. The tight shots of the Kim’s semi basement household illustrates their poverty. Their practice of skimming off others and taking on countless odd jobs speak of their desperation and hopelessness.

Yet, while their scheme was deplorable, and their callousness appalling, there will be a part of the audience that will identify with these con artists mainly because their plight is closer to their reality than the rich family.

In contrast, I loved the long shots of the big house and its modern interior that left audiences in awe of the Park family’s wealth.

I was actually quite nervous about whether or not the Kims would get caught because the film had an underlying ominous vibe. It leaves crumbs of clues by which any wrong move can reveal the lies and the film dangles this possibility for most of its entirety.

I loved the fact that the film was a complete parallel of the two families. Each had a counterpart from the opposite sphere. Yet, just when audienes think they have everything figured out, Parasite finds a way to head to the opposite direction to serve up an unpredictable turn, blowing the minds of the audience with each additional layer.

The flooding of the Kim household with no less than stinky sewage water was an excellent symbolism for dirty secrets that come out no matter what happens. It comes at a time Mr. Park makes a comment about common folk smelling like the subway but the message runs deeper as the odor he refers to can also be translated as stink of ill intentions and bad character, in this case, the rottenness that has gripped the family. It also brought back the focus to their utter poverty.

The chaos that takes place at the party on the other hand, was a foregone conclusion. It was like the explosion after the film set off a time bomb at the beginning of the movie.

All in all, I was impressed by the way Parasite unpeeled its layers. It made use of classic filmmaking techniques to deliver an amazing piece of cinema that served up something new. A twist within a twist. Scary, exciting, entertaining and unpredictable, it had everything going for it – a great story, a strong cast, on point execution. The rest is gravy.

Parasite, which took home the most coveted Palm D’Or prize at the Cannes Film Festival, is exclusively released in SM Cinemas starting August 14.