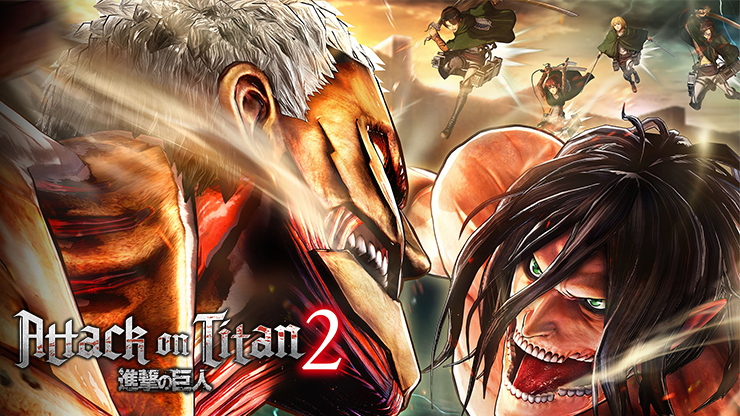 I must admit that I thought that Attack on Titan (Shingeki no Kyojin) Season 1 was quite brutal but Season 2, with only a dozen episodes, proved that it can be just as graphic and savage as its predecessor. As the story progresses, characters are developed further as more mysteries and secret identities are revealed. It was a shocking ride for sure.

Synopsis: After unmasking the identity of the Female Titan, the Scout Regiment uncovers a secret hidden within the walls that protected the citizens. Just hours after the confrontation within Wall Sina, reports that Wall Maria has been breached send everyone into a panic. The rest of the scouts on standby are faced with unimaginable horrors as they are swarmed by Titans being commanded by a Beast-like Titan — one that has uncanny strength, intelligence and power over the others.

I felt really bad for the elite Scouts in this season of Attack on Titan. They fought hard and fought valiantly but a lot of them succumbed to most graphic deaths ever. Imagine being torn apart limb from limb by hungry Titans as you yell for mercy. Witnessing these scenes straight off the bat in the first episode, one would definitely feel that Attack on Titan Season 2 has upped the ante in terms of violence.

Season 1 was all about the original trio of Eren Jaeger, Mikasa Ackerman, Armin Artlet and Captain Levi Ackerman, but for Season 2, I liked that Levi took a backseat and let Section Commander Hange take point. Her knowledge and quick judgment really helped with the success of the missions. While she was portrayed as a mad scientist type in the first season, this time around, the character showed that behind the lighthearted quips was a serious woman who wanted to save humankind with her discoveries. She and Armin make a good pair since they are both intelligent and excellent tacticians.

There were also a lot of mysteries that came to light this season, like who the Armored Titan and Colossal Titan were. If one remembers, these were the same Titans who broke through Wall Rose and restarted the war in the first place after 100 years of dormancy. BY the season’s end, it was unclear what their main objective was but the fact that they infiltrated the Scout Regiment so effectively and ingratiated themselves with the cadets for three years was a shocking reveal.

More of Eren’s abilities were also discovered towards the end of the season, but not soon enough for a lot of soldiers to be saved. The good thing is that he is better able to control his Titan form this time around, enough to think and strategize his combat tactic against a stronger nemesis.

Safe to say there were a lot of deaths and sacrifices this season but it was mostly focused on establishing what the Church knew about the walls and what role Christa plays into it. It also teased the backstories of Conny and Sasha and the possible role their hometowns could play in the war against the Titans. Sasha had a great moment but call me suspicious but I don’t trust that kid she saved. LOL.

The battles were tight and I really found myself fully invested in the inspiring rally of Commander Erwin Smith, although I’m still iffy about his true objective. He’s a bit too single-minded for my comfort but it was really funny how, everytime he would launch into an inspiring speech, either he or the soldier he was addressing would find themselves injured.

Apart from the battles, I was also moved by the loyalty of Bertholt and Rainier to each other as well as Ymir’s devotion to Christa. Hannes also reunites with his favorite trio to fight alongside them in their rescue attempt for Eren. It was nice to know that he also mad fighting skills although he was mostly slacking off and getting drunk at the Garrison.

As the main character and humanity’s last hope, I felt like Eren was too hesitant about fighting his former comrades. On the flipside, it still made sense because he truly felt a camaraderie with them. But just as I thought that a romance would finally spark between him and Mikasa with that touching moment, Eren effectively douses the fire. Talk about a naive bloke.

Attack on Titan Season 2 was filled with a lot of information and opened a lot of doors of possibility. At 12 episodes, it must have been torture to wait years for the next installments so I’m glad I already have Season 3 waiting for me. One thing’s for sure, as the story gets deeper, it gets you more hooked to the series than ever.