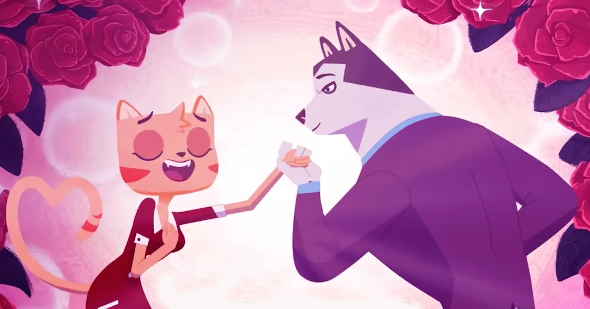 As much as I would have liked to give this Filipino animated film a good review, I feel bad that I can’t for the very simple reason. The lead character for Hayop Ka: The Nimfa Dimaano Story is horrible.

Synopsis: Nimfa Dimaano (Angelica Panganiban) is perfume saleslady who is in a long term relationship with janitor Roger (Robin Padilla). They were poor but happy. However, she gets a chance to upgrade when she meets womanizing rich guy Iñigo (Sam Milby) and things start to get complicated.

First off, I get that the film was trying to tap into the experiences of the Filipino working class. Being strapped for cash, worrying about contractual employment, and barely making ends meet with their meager paychecks.

What I do not appreciate is how they were represented. Because Nimfa, I repeat, is a horrible person. I get that she’s tired of being poor. But she had the intention to cheat the whole time, flirting openly with Iñigo and enjoying all the luxuries that he offered. She was even mad at her friend for telling Roger that she was cheating, because she had every intention of keeping it from her boyfriend.

The character hated being called a whore but what she did certainly justified the tag.

Because the creators wanted to move the story along, they didn’t care about developing characters that audiences could actually root for. Everyone just seemed to be in a rush to move on.

I didn’t like the voice acting done for this film either. It felt like one big joke because nobody really took the gig seriously. They should have gotten actual voice actors and saved a ton of money for a more effective output.

The animation was great, albeit at first glance, the style really does not suit the story. It might even be construed as a kiddie animation film whereas in fact, its anything but. It had great potential, but rather than really go for something substantial, the team copped out and tried to go for cheap laughs.

There was a great opportunity to tap into a unique genre. However, with so many missteps in the basics, I cannot in good conscience recommend it as a great movie. Sub par and passable at best but its really nothing special . Such a shame.