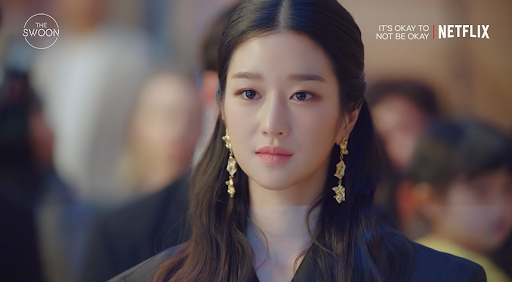 Recently, Its Okay not to be Okay actress Seo Ye Ji was dragged into the issue of Kim Jung Hyun’s controversial attitude on the set of his 2018 drama The Time with Girls’ Generation Seohyun. At the time, the actor claimed that he was going through mental health issues that eventually compelled him to go on hiatus before starring in the 2019 hit Crash Landing on You which jumpstarted his career anew.

The lowdown: Kim Jung Hyun was doing well, after starring in the Joseon comedy Mr. Queen this year, but his contract with O& Entertainment was also expiring. Dispatch dropped the bombshell that he was in a secret relationship with his Crash Landing on You co-star Seo Ji Hye, which her agency denied. They said that the two friends were simply meeting up to discuss Kim Jung Hyun’s potential move to her label, Culture Depot.

Now, where does Seo Ye Ji figure into this, you ask? After Kim Jung Hyun’s agency lambasted him for bring unprofessional and for meeting with Culture Depot behind their backs, netizens recalled how badly he behaved with his co star on the set of The Time. Chat logs revealing the relationship of Kim Jung Hyun and Seo Ye Ji at the time was blamed as the reason for his behavior. Based on the two artists’ conversation, Seo Ye Ji warned her then boyfriend about his behavior with female cast and crew on the set, because she was possessive of her lover.

But does she truly deserve the blame? Let us analyze:

a. Kim Jung Hyun is a fully grown man who accepted the project. He is responsible for his own career and behavior. Even if his girlfriend was possessive and controlling, he should have stood his ground and acted professionally if his career meant anything to him.

b. The chat logs were personal exchanges between two lovers. It was private. If they were having relationship issues, it is for them to deal with and not for everyone to judge.

c. There were no issues with Seo Ye Ji’s professional behavior on set based on her previous projects, but after the scandal broke out, there were people who were talking about how her character was eccentric like her character in It’s Okay Not To Be Okay? And now, everything she said and did are being placed under a microscope and everyone is lapping it up as the truth.

d. People have dug up school photos of the actress and are giving her a hard time because of plastic surgery. However, Korean entertainment is full of celebrities who went under the knife. If she did not broadcast her decision to get surgery, she should not be faulted for that. In terms of allegations of school bullying, fans should very well know that judgement should be reserved until actual evidence is presented. There is also such a thing as turning over a new leaf. So these should factor well into the equation.

This reminds me of the time Goo Hye Sun launched an online tirade against then husband Ahn Jae Hyun where the public believed all of her allegations of cheating and abandonment against her partner, costing him endorsement deals and his reputation. In the end, it was revealed that the guy was innocent of cheating, and he paid through the teeth to sever ties with his ex. But the damage has been done.

So is cancel culture justified? In some cases, perhaps. But fans must first be mindful about whether or not celebrities deserve the hate and not simply jump in on the bandwagon of criticism. Fans should also think about the timing of these events to see if there is any sign that their opinions are being manipulated to fuel the hate.

This may be an unpopular opinion but in this particular case, I dare say Seo Ye Ji does not deserve the hate. She worked hard to get where she is and her behavior as a girlfriend should not be used as the meter by which the public judges her as a whole. Come on, she was an innocent bystander in the dating issue but now she is losing everything she strived so hard to get. Is that fair? Is life imitating art for the Its Okay Not to Be Okay star, I wonder? Even so, I sincerely hope she bounces back to show the world that she is just as tough as her character, even more so.