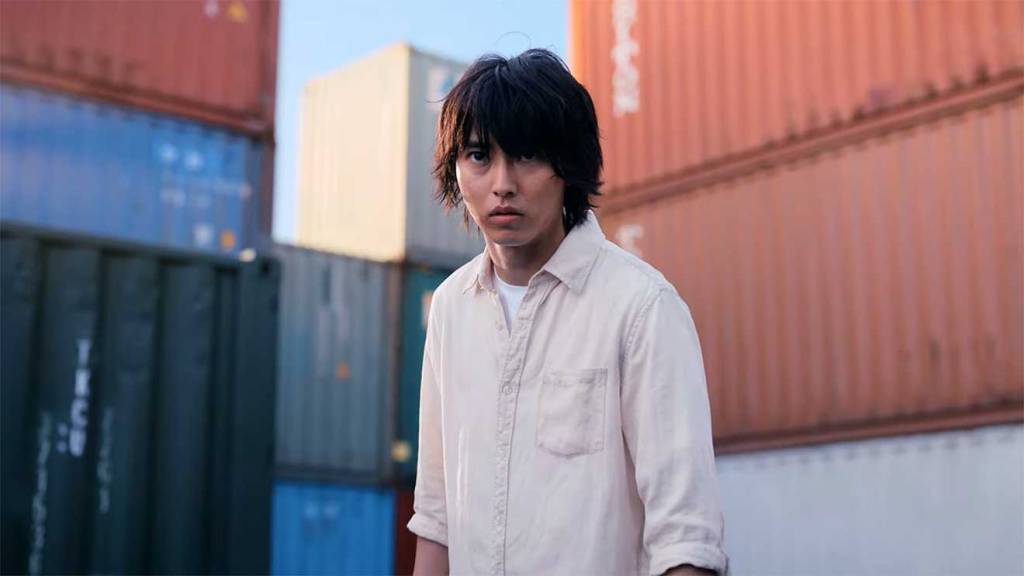 It took me a while to get started on Alice in Borderland Season 2 because I decided that it would be better to review the season 1episodes first before getting into the follow up. Good thing I did because a lot of characters (dead and alive) made a comeback in Season 2 and it was nice to not have to rack my brain about what role they played in the first installment. Because I watched the two seasons a day apart, the viewing experience became very organic.

Synopsis: With all the numbered card games cleared, the survivors proceed to the next stage of the games. They are immediately thrust into a literal warzone with the King of Spades making short work of the survivors in a massacre game that spanned the entire city . The remaining survivors from the Beach including Arisu (Yamazaki Kento), Usagi (Tao Tsuchiya), Chishiya (Nijiro Murakami), Kuina (Asahina Aya), Ann, Tatta, Aguni (Sho Aoyagi) and Niragi (Dori Sakurada) go on separate journeys to clear the face card games and evade the King of Spades to hopefully return to the real world.

The games are much more brutal this time around and I must say that I liked most of the faced characters starting off with Kyuma, who was played by the legendary Yamashita Tomohisa. His cool vibe and casual attitude towards the game and his deep understanding about the value of life and friendship made it especially difficult to see how the game ended. I also liked the King of Diamonds, who was revealed to be the Beach’s former No. 2, Kuzuryu.

It was interesting how each of the “citizens’ of the gaming world had different views on life and death. It was also interesting how their previous lives factored into their leadership styles as they sought to win over the players.

The games were merciless and drew their pounds of flesh from the players. They were mutilated, slaughtered, betrayed and forced to perform despicable things in order to survive. At times it felt like games from Saw, while for others, it had a very Walking Dead feel.

Hats off to Chishiya for singlehandedly clearing his face card games which was no small feat. Aguni was also one of the MVPs of the assault against the King of Spades. This guy was an absolute beast. Arisu, as per usual, proved to be the most human of them all, taking his sweet time to reach an epiphany before finally making a realization. Still, it was his failings that made him relatable to the audience in the first place.

I loved the snippets that featured Chota and Karube. It showed how important they were in motivating Arisu. I also liked Takeru’s constant visits to his best bud Aguni, whether to heckle Jim or provide encouragement. These characters gave the survivors closure and peace, something they desperately needed in order to clear the games and prevail over the faced characters.

Hats off to the fight scenes especially with the King of Spades. The collective effort of Arisu’s team was both perfectly executed and dramatic. There were several close calls with my favorite characters that really had me worried but thankfully, most of them made it out alive.

I liked the consistency of the first season with the second. The continuity was flawless. While the two seasons were shot with months in between, it simply picked off where it left off from Season 1. The intensity was amped up seamlessly since the stakes were higher with the players going up against kings, queens and jacks from different suits with the faced characters joining the games as actual players. Say what you will about these citizens, but they do know how to make an exit. Each one was cooler than the last.

There were explosive revelations from each face player. However, Mira really pushed the envelope with her plausible yet far out stories. A true queen of betrayal indeed. It was also a bit funny how Aguni, who was more mobile at the end of the spade game did not go to Heiya but rather waited for his severely wounded partner to crawl to where he was.

While many support the budding romance between Arisu and Usagi, I wasn’t a big fan. Although it was a natural plotline to pursue given their amount of history, I really felt that Usagi’s badassery from last season was overshadowed by her dramatics whether with her personal struggle with leaving the game or making a speech before fellow survivors at several critical moments. At the same time, I do understand that the romance was needed to further solidify the connection between her and Arisu in preparation for his expected turmoil in the final game.

All in all, the games were intelligently crafted for Alice in Borderland Season 2. The backstories were told effectively to connect the players to the games. And the final twist was chef’s kiss. It was an epic end to two seasons of deaths and it was the perfect explanation for the title and how the characters were linked in the real world. And because there were still some questions left behind, I personally would not mind another season of Alice in Borderland.