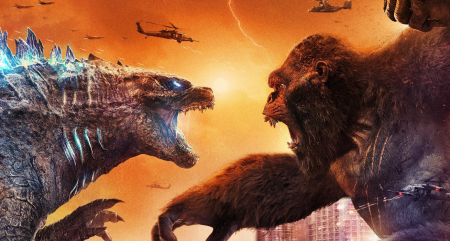 By the movie’s end, audiences will be just as tired, reeling from the aches and pains these two warriors suffered. The ending was nothing short of extraordinary. The best of the Godzilla trilogy for sure and the best Godzilla or Kong film based on my personal opinion. This film gave these two alpha Titans the respect that they deserved and as a result, it is bound to beloved by old and new fans alike. I wouldn’t mind a follow up if it came down to it. You can catch it on HBO Max and select theaters.

All in all, Netflix’s Death Note may not be technically a failure for anyone who has no idea who or what the original characters were. But believe me that this remake was a copout devoid of anything that the franchise was about. A remake is supposed to be a fresh take on a franchise but still retain its basic essence, and this version just took the title and went with it. This is why, even though the actual reveal at the end should have provided the wow factor, but it delivered nothing but relief that the movie has ended. And guess what, I never even raised the issue of the whitewash.

The Petersons are still mourning the loss of Caleb, the family’s eldest son, when a stranger arrives at […]

When the estranged Davidson family come together for 25th anniversary of their parents in their remote family mansion, […]