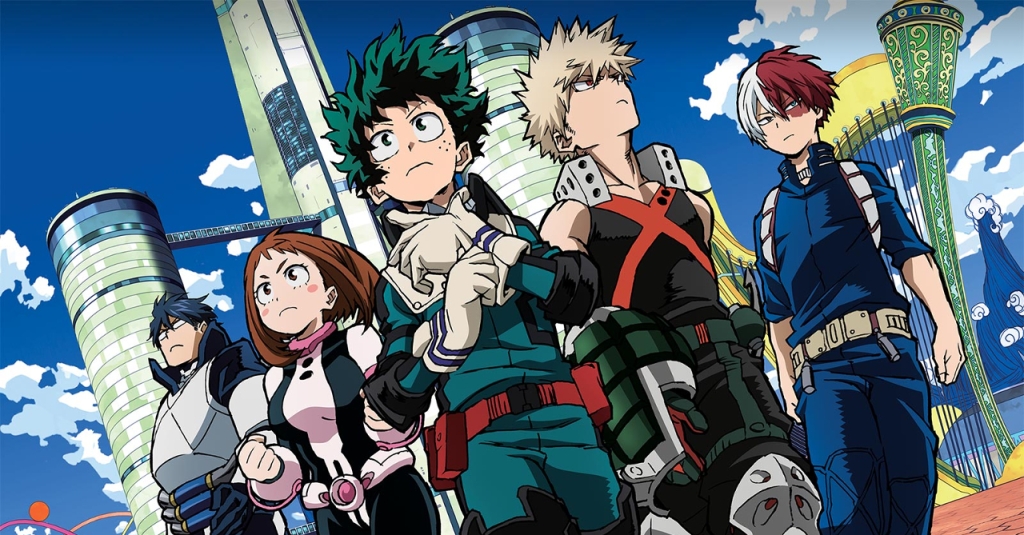 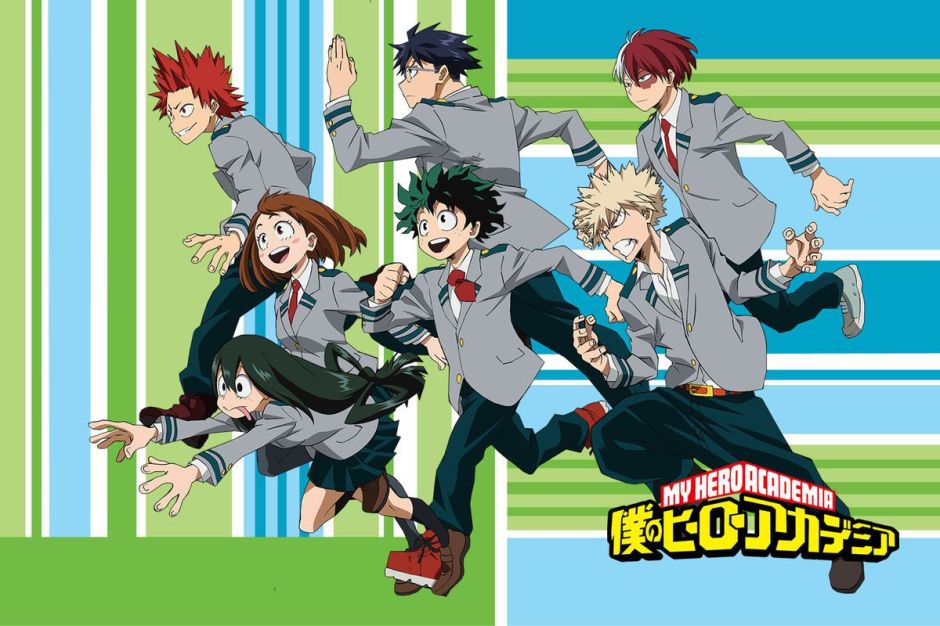 I originally set out to check out one episode of My Hero Academia (Boku no Hero Academia) because I was curious when I read that Starbucks was developing frappes for its three main characters. It turned out that it was a beautiful accident. I was hooked after the first episode and what followed was four straight days of binging on the first three seasons covering the beginning of Izuku Midoriya’s journey as a student at UA, to become the world’s greatest hero.

Synopsis: In a world where society is filled with individuals gifted with Quirks or unique abilities that they channel for good or evil, All Might, the world’s number 1 hero and Symbol of Peace, keeps the order and inspires people to take the path of the righteous. Izuku Midoriya is a quirkless middle schoolboy who has always looked up to All Might as his hero, and dreams of one day following his footsteps. He gets the chance when, in an effort to save his friend Katsuki Bakugo from a villain attack, All Might sees his potential and chooses him to become his successor.

There are many things to like about this series, so much so that I risked going to work looking like a panda because I just couldn’t stop watching the episodes available on Netflix. Just to be clear, let me run down why I, for one, became an instant fan of the series. Be warned though, this is going to be a long post.

CHARACTER DEVELOPMENT. What got me hooked to the series right away was Deku’s personality. He appeals to the underdog in everyone and I must admit that he made me cry each time he did something extraordinary and sacrificed so much just to help others. I love the character of All Might as well, because while some anime would build the character up to be a pompous, he takes being a hero seriously and he has an upstanding sense of justice.

I love how this series, while centered on these two characters, shares the spotlight with the rest of the heroes and the students by presenting them with situations that test their wit and their mettle as protectors of the people. Every hero is given highlight moments. Even those who are perceived to be weak show how they overcome extreme odds to use their powers towards their goal.

Cases in point: Iida’s revenge for his brother, Uraraka’s fighting spirit against Bakugo, Tokoyama’s bane and boon in using Dark Shadow, Shoji’s levelheadedness and support for his injured classmates, Kaminari’s MVP moments against the meatball guy (still ewww), Mineta’s surprise victory at the final exam, Aoyama’s sacrifice at the Provisional License arc, and Tsuyu’s honesty and capabilities have gotten their class out of a pinch more than once.

I haven’t mentioned everyone yet but each student is given perfect moments to show that they’re part of the story and not just included in the series to become a wallflower. This is what makes the series so compelling. We root for everyone’s success and they make us feel like part of each victory.

RIVALRY. Say what you will about Katsuki Bakugo. He is brash. He is abrasive and he is arrogant. Yet, he is one of the most well loved characters in the series because of his character’s contrast with Deku. From childhood to adolescence, viewers are compelled to understand where all the rage and the passion is coming from, which was somewhat resolved at the end of the Provisional License arc when he was finally acknowledged as a confidante by All Might. But don’t think for a moment that he will let up on his rivalry with Deku but it actually marked the beginning their competition to become the best. In an much as the same way, Endeavor is the same way against All Might. While his convictions are in the right place as a hero, his pride and his mission to surpass the Number One hero is similar to Bakugo, and they both share a strong moral code that keeps them from temptation no matter how great. My Hero Academia gradually introduces shifts in these relationships that fuel the rivalry but introduce a new level of understanding and motivations for the characters.

HEROES THAT RISE UP TO THE CHALLENGE. From the first season’s entrance exam arc, battle simulation arc, USJ arc, hero killer arc, training camp arc, rescue arc and provisional license arc, the students of the Class I-A of UA has been through the most challenges and threats. Barely a month into the program, their class is attacked by the League of Villains led by Shiragaki. Amateurs work together to face off with pro villains who attack by the horde.

Sometimes, they lose. Sometimes, they win. As it gets even more dangerous with a more capable set of villains in the training camp arc, the experience seems to bring out the best in all of the characters – all of the 19 members of Aizawa Sensei’s class plus some key members from Vlad King’s Class B. These experiences made what was supposed to a group of kids competing to be the best hero into a formidable team that works together to overcome a crisis as a unit.

Sure, Bakugo and Todoroki still need to work on their group relationships but the softening of these two characters as they acknowledge the strength and tenacity of each classmate is a perfect evolution to show off the growth of these talented teens.

PARENTAL RELATIONSHIPS. All Might and Aizawa sensei (aka Eraser Head) for the win! These two are such dads to Class I-A. All Might is too transparent with his love for his successor (what about that crying moment when Deku manages to succeed on a mission with no injuries) and more often than not, fails to hide his pride as his growth when seeing him overcome a hurdle. He’s always there to give a much needed pep talk whenever Deku needs him.

But its really Aizawa sensei that really takes the Dad of the Decade award for me. While he seemed aloof and strict in the beginning, he has a soft spot for all of his students, observing them quietly and helping them along when they need it. Such was the case for Toshinori and Yaoyoruzu at the final exams arc where he pushes Momo to make a call and regain confidence in her abilities. He also stood up for Bakugo before the entire nation and showed great insight into his character, expressing confidence that his student will never be swayed to become evil by Shirigaki and his League of Villains.

And what about the confidence he had for his students’ capabilities during the second villain attack when he mobilized them to engage in battle or the quiet pride he showed when they all passed the Provisional License arc? Leave us not forget how he immediately sprung to action and fought against dozens of villains alone in order to buy time for the students to flee during the USJ attack. Again, SUCH.A.DAD

Check out Reasons you should binge on My Hero Academia (Part 2) coming right up.