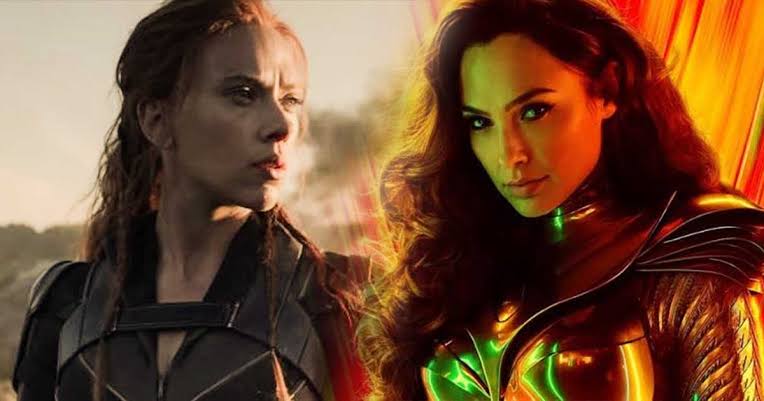 Talk about bringing back dead characters to life. Marvel Cinematic Universe and DC Expanded Universe’s opening salvo for 2020 are all about dead characters and milking all the marketing value out or fanboy sentimentality. Not that I’m complaining of course, because I would most likely be part of the crowd when the Black Widow movie and Wonder Woman 1984 movie hits theaters next year, all because of my loyalty to the franchise.

Still, a showdown is a showdown so we have to pit these two girl power films against each other.

Synopsis: Somewhere before or in between Natasha Romanov’s involvement with the Avengers, she finds the time to reunite with her family to take down the organization that trained her to be the Black Widow.

Thoughts: I was initially iffy about Marvel’s announcement that they were releasing a Black Widow movie after the character died in Avengers: Endgame . The death was already an emotion-packed sendoff.  It is pretty tough to establish a continuation of her story when her storyline has ended. I felt betrayed that the decision to do the Black Widow movie came too late in the franchise.

I was actually quite bummed that despite all the talks about a Black Widow movie before the end of MCU’s first three phases, the film never materialized. They even gave Captain Marvel her own movie first even when she was pretty much an alien from the team (pun intended). I never really liked Captain Marvel for this reason and felt like she stole the thunder that belonged to Natasha Romanov.

But that’s water under the bridge now because Black Widow is definitely coming in 2020. I wouldn’t exactly say that I’m completely sold on the movie after seeing the trailer. But I admit that it did have its merits. It effectively established a backstory that was different from what was discussed in the franchise. It introduced characters that seemed interesting, plus, it gave fresh insight into Natasha’s personality and motivations.

Deep in my heart, I know that Disney and Marvel are using my positive bias against me but its kind of working. I think Black Widow could still be a good popcorn movie to watch to pay tribute to the late Natasha Romanov.

Synopsis: We travel back in time to 1984, where Diana reminisces about her one true love, Captain Steve Trevor, who sacrificed his life during the first movie to save mankind. However, without delving into much explanation, Steve returns from the dead and fights alongside Diana against evil. We also catch our first glimpse at Barbara Minerva aka Cheetah, the villain of the piece.

Thoughts: I am more confused than entertained by Wonder Woman 1984 and genuinely fear for the film’s lack of specific trajectory. Sure, the music and the retro style was cool but in terms of introducing the film’s villain and main plot, I don’t feel quite convinced that the sequel is at the same level as the first movie.

This is mainly because half the time, I didn’t understand what is going on. Sure, I think there are going to be brilliant performances from Gal Gadot, Chris Pine and Kristen Wiig but honestly, I don’t think the trailer did a good job of establishing continuity with the first movie. Neither did it inspire amazement and awe at Wonder Woman‘s feats.

Still, it is too early to judge. I might have to wait for the next trailers to understand the plot better but I would definitely watch the movie on the big screen as well.

At this point, I will give the slight upper hand to Black Widow.